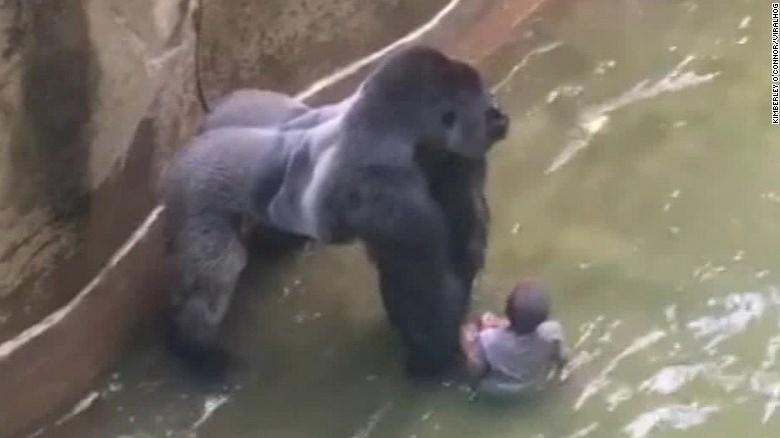 (CNN)The Cincinnati Zoo has deleted its Twitter accounts after being bombarded for weeks with memes, jokes and protests against the death of Harambe the gorilla.

Harambe was killed in May after a 3-year-old boy fell into his enclosure. The 450-pound gorilla dragged the boy around the enclosure before a zoo worker shot the animal.

The zoo has received intense criticism for the decision, and an online petition demanding justice for Harambe collected more than half a million signatures.

The outrage morphed into ridicule, with Twitter memes inserting Harambe into politics, sports,music and even school yearbooks.

The zoo was spammed with snarky replies when it posted on Twitter.

Communications Director Michelle Curley confirmed that the zoo deleted its Twitter accounts Monday but did not provide any additional details. Director Thane Maynard's account also is no longer active.

Despite the zoo's actions, such memes show no sign of dying.

The zoo hasn't completely abandoned social media, so you can still get your cute animal fix onInstagram and Facebook.