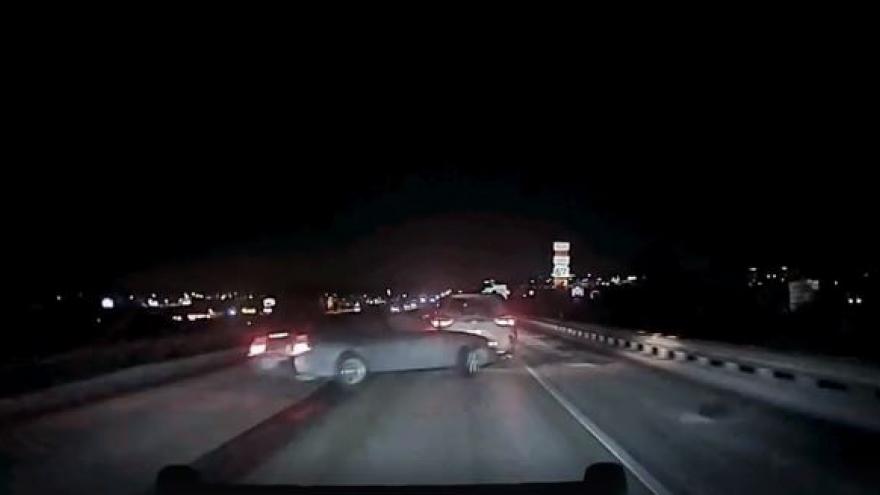 DELAFIELD, Wis. (CBS 58) -- Delafield Police caught a crash on a squad camera that happened Wednesday, February 7 on I-94 in Delafield.

The officer was driving on the freeway going around 60 mph because the road was slick. A car passed the officer on the left and immediately lost control and spun hitting the car in front of the officer.

Police later learned that the driver of the out of control car had been reported as a reckless driver shortly before the crash.