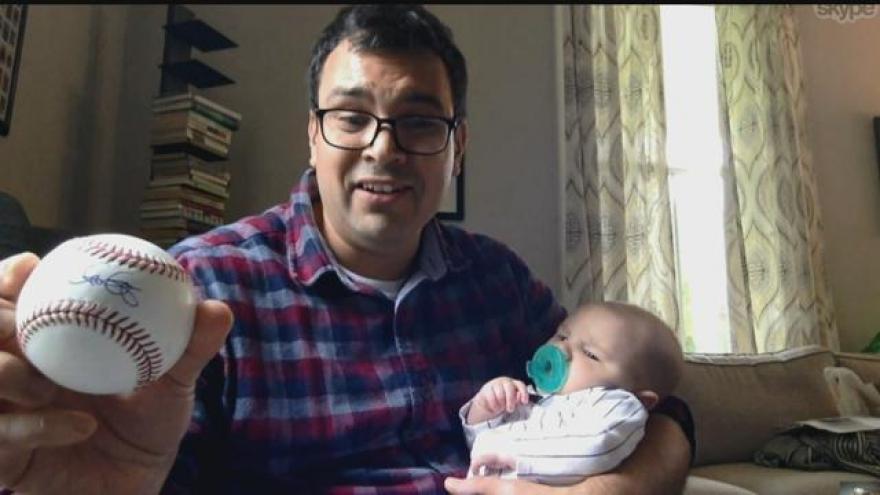 A Dad in Virginia sent a letter to all 30 Major League Baseball teams saying his newborn son, Jack, gets to choose whichever team he likes as his favorite. He asked the teams to make a case to be Jack’s favorite team.

\"This has grown to be much bigger than I anticipated. I figured I'd sent the letters out. Hear from maybe a couple teams. Maybe my immediate family would get a kick out of it. But this has kind of caught fire.” Pete Van Vleet told CBS 58 via Skype from his home in Ashland, VA. “A lot of people have gotten interested in it and I think it's a good thing for baseball. It reconnects us with our national pastime and that's a good thing.\"

Van Vleet received plenty of responses including from the Milwaukee Brewers. The Brewers sent a letter outlining some reasons why Jack should become a Brewers fan. They also sent a Matt Garza postcard and a Matt Garza-autographed baseball.

\"He instilled the love of baseball in me and I thank him for it.” Said Van Vleet. “We've got a lot of family still there and a lot of family really interested in this and hoping he picks the Brewers so, we'll see. I would not be surprised.\"

About a third of the league responded to the Van Vleet’s. The Oakland A’s sent a onsie, the Astros promised two tickets and almost all of the responding teams listed several reasons why Jack should become a big fan. The Philadelphia Phillies took a different approach, writing in part:

“We do not try to ‘sell’ fans. Rather we allow them the opportunity to choose to follow the Phillies for their own myriad of reasons. We wish Jack good luck with his choice.”

Pete, an Astros fan, allowed his daughter to choose her favorite team. He says she chose the Detroit Tigers because they look “fierce.”