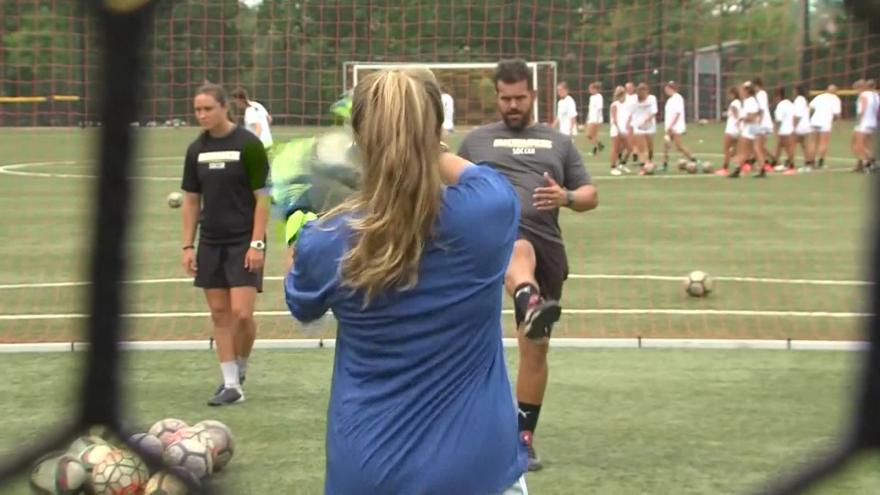 MADISON, Wis. (CBS 58) -- This week lawmakers will hold public hearings on a pair of Republican bills that would ban transgender individuals from competing on sports teams with the gender they identify with.

One bill would bar transgender athletes from joining women’s sports teams at K-12 public and private schools, another proposal uses the same policy but at UW campuses and technical colleges.

“You can’t win against men, that's biology, the reality and honestly, you’ll ruin women's sports forever,” said Brandtjen. “Why would you compete, if you knew you wouldn’t win.”

Both proposals, which follow a national trend of similar measures being introduced, were met with immediate pushback from LGBTQ groups and Democratic lawmakers.

The bills will receive their first public hearings on Wednesday at the Capitol which transgender advocacy groups have called disappointing and personal.

As of Monday, five groups including the Wisconsin Interscholastic Athletic Association, Wisconsin’s Coalition Against Sexual Assault, Fair Wisconsin, Wisconsin Education Association Counsel and State Bar of Wisconsin are registered in opposition of the proposals.

Transgender advocates argue the measures are unnecessary since the Wisconsin Interscholastic Athletic Association already has rules in place that restricts transgender females from participating in K-12 sports teams as long as they've had one year of testosterone suppression therapy. The WIAA also requires parental consent and a doctor's note before competing.

Gov. Evers questioned the intent of the bill due to the WIAA rules saying, “it’s a solution seeking a problem that doesn’t exist.”

“Any time we take a certain group of kids and prevent them from reaching their full potential, that’s a problem,” Evers said during a press conference Monday. “To me, it’s a solution seeking a problem that doesn’t exist and when we mess around with children's lives that’s inappropriate.”

Shortly after the bills we're introduced earlier this year he sent out a tweet in support of the transgender community and signaled he would veto the bills if they reached his desk.

“My message to Wisconsin’s transgender kids and students today is simple: I see you. You are welcome, you are wanted, and you belong,” he tweeted in March.

My message to Wisconsin’s transgender kids and students today is simple: I see you. You are welcome, you are wanted, and you belong.