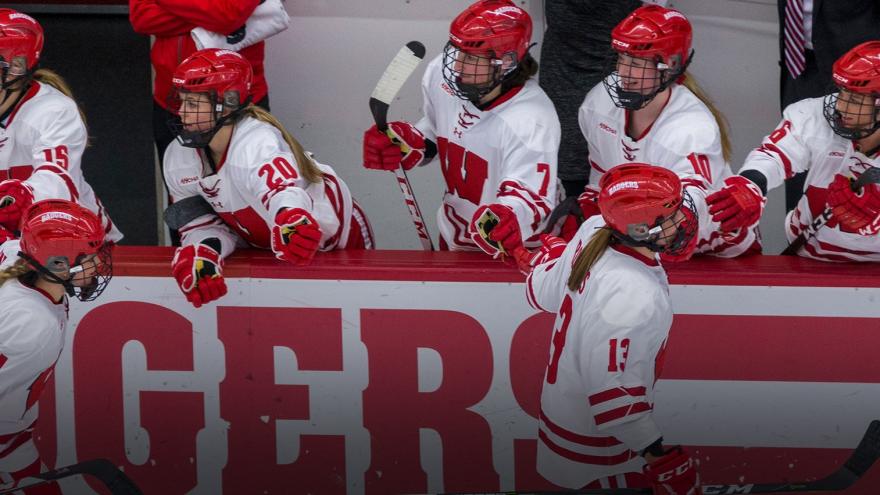 MADISON, Wis. — The Wisconsin women's hockey team earned the No. 2 seed in the 2018 NCAA Women's Ice Hockey Championship and will host rival Minnesota in a tournament quarterfinal game Saturday at LaBahn Arena.

Puck drop between Wisconsin, the WCHA regular season champion, and Minnesota, the WCHA tournament champion, is set for 2 p.m. on Saturday. The game sold out quickly on Monday morning.

"There's nothing like playoff hockey," senior captain Claudia Kepler said. "To have a Border Battle on our home ice is going crank up the excitement and the intensity. "

This week's contest marks the sixth meeting between the Badgers and the Gophers in the 2017-18 season as UW went 4-1-0 against Minnesota, sweeping the regular-season series against Minnesota for the first time in school history.

The NCAA quarterfinal matchup comes just six days after the two team's most recent meeting as the Golden Gophers defeated the Badgers, 3-1, in the 2018 WCHA Final Faceoff title game on Sunday.

The Badgers enter this weekend's NCAA quarterfinal looking to advance to the NCAA Frozen Four for the fifth-straight year. UW enters the weekend with a 30-4-2 record, marking the seventh time in school history the Badgers have collected 30 wins in a season. The Badgers won the WCHA regular-season title for the third-straight year and are led by Patty Kazmaier Memorial Award Top-10 Finalist Kristen Campbell and WCHA Offensive Player of the Year Abby Roque.

Minnesota enters the weekend with a 24-10-3 record this year. The Gophers were third in WCHA regular-season play before winning the playoff crown to earn the league's automatic bid into the NCAA tournament.