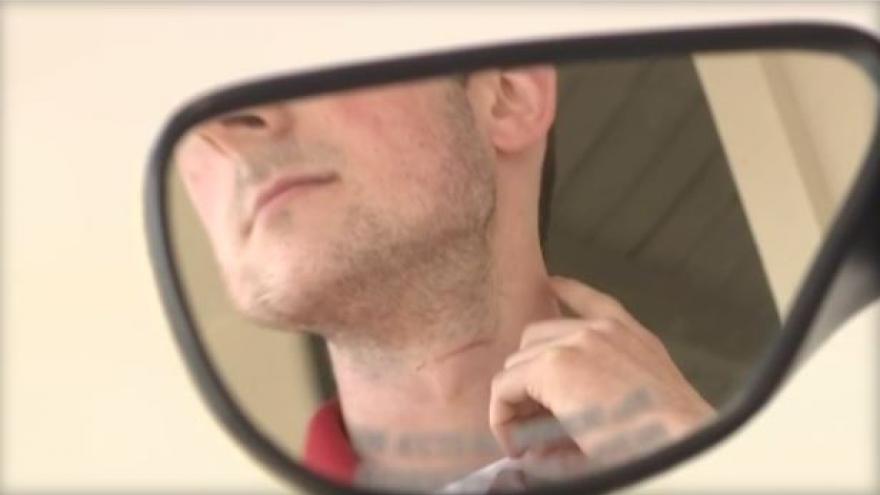 GRAHAM, Wash. (CBS News) -- Authorities have opened an investigation after a Washington man nearly crashed his motorcycle after he drove through fishing line tied across a road. Alex Teston says he received a minor cut to his neck after driving in Graham southeast of Tacoma on Friday night.

According to CBS affiliate KIRO-TV, Teston says the pressure from the line jerked him back, almost causing him to crash. It wasn't until later that he discovered a cut on his neck, and he reported the incident to authorities on Tuesday.

The Pierce County Sheriff's Department says investigators found the line that may have been tied from a utility pole to a tree across the road.

"Someone had to have put that there by choice," Teston said. "Knowing the results, it's kind of crazy to think about why someone would do that."

Authorities now ask that people with any information on the fishing line to contact the sheriff's department.