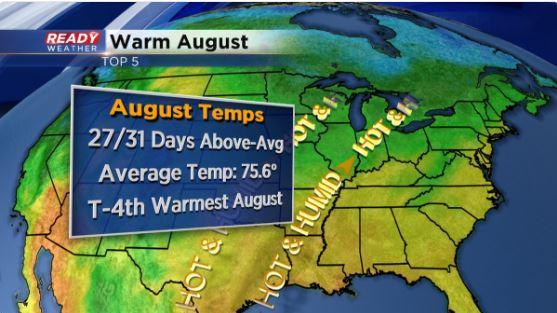 The last day of August was one of the coolest days of August, but it didn't stop the month from being one of the warmest on record. From August 1-20 we went through the second longest stretch of days on record in the 80s and only four days all month ended up below-average. When crunching the numbers August ended tied for the fourth warmest on record. 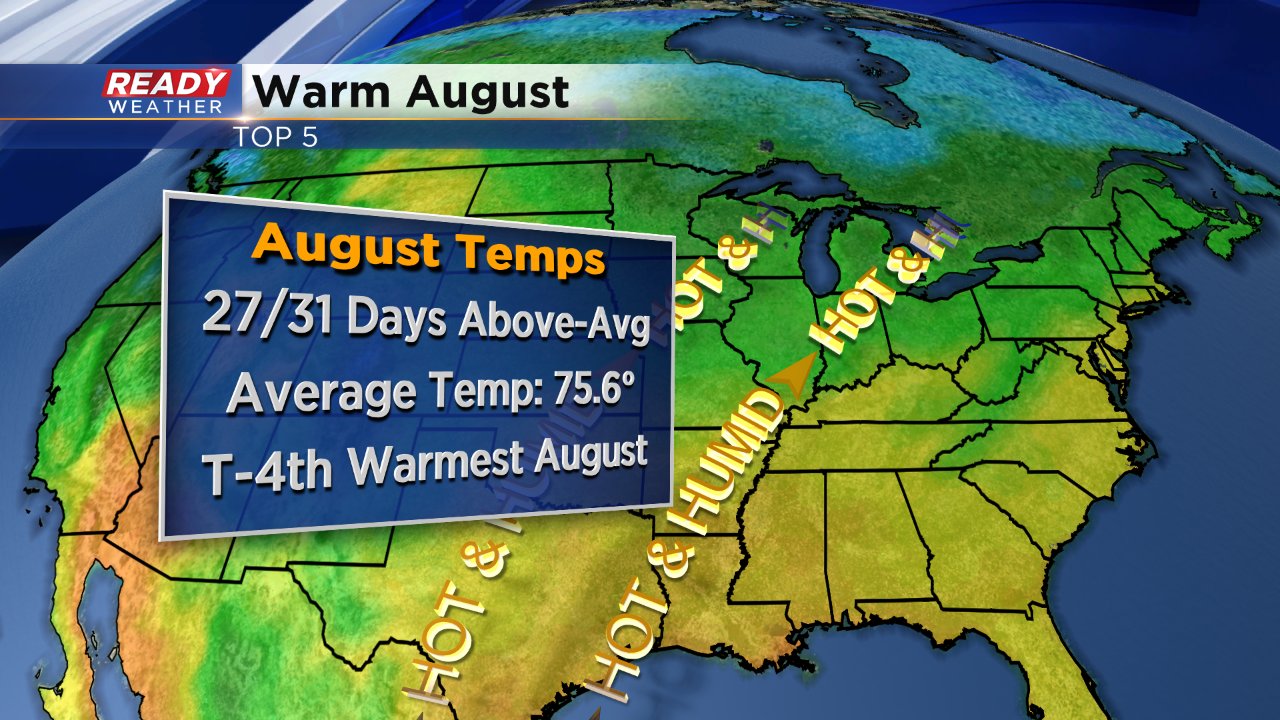 As we head into September temperatures look to start cool but then warm up for the second week. 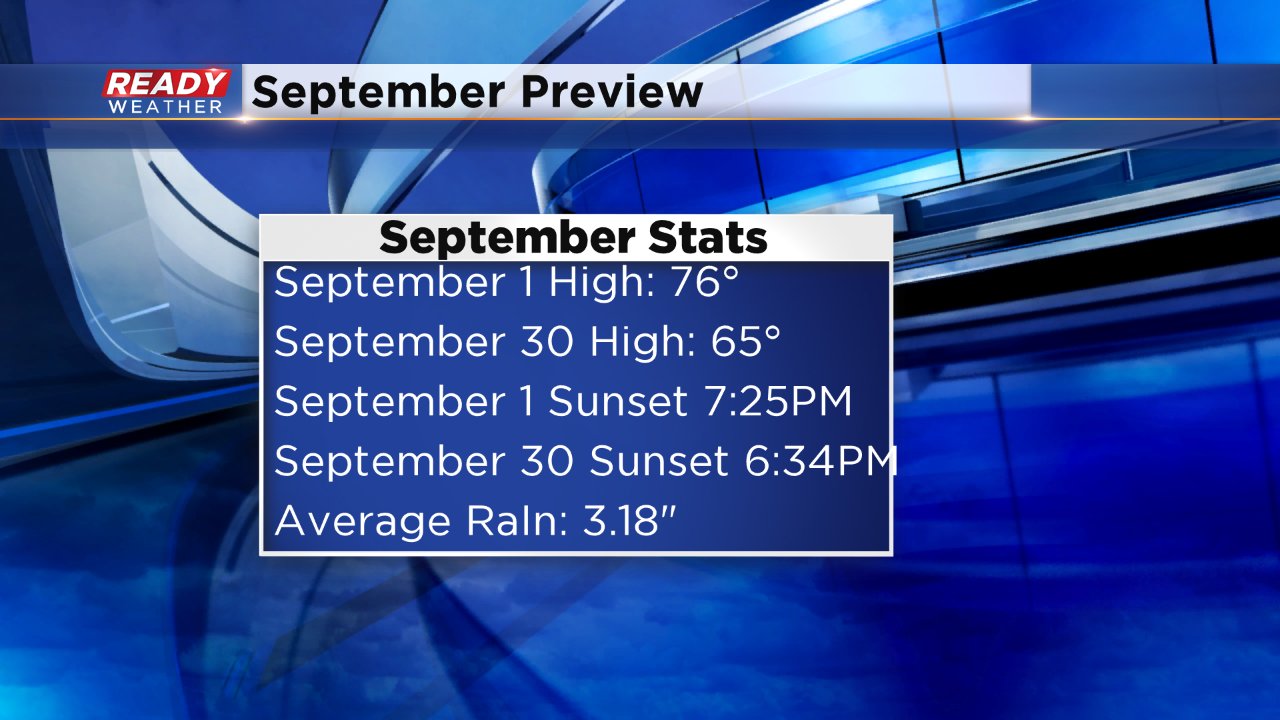