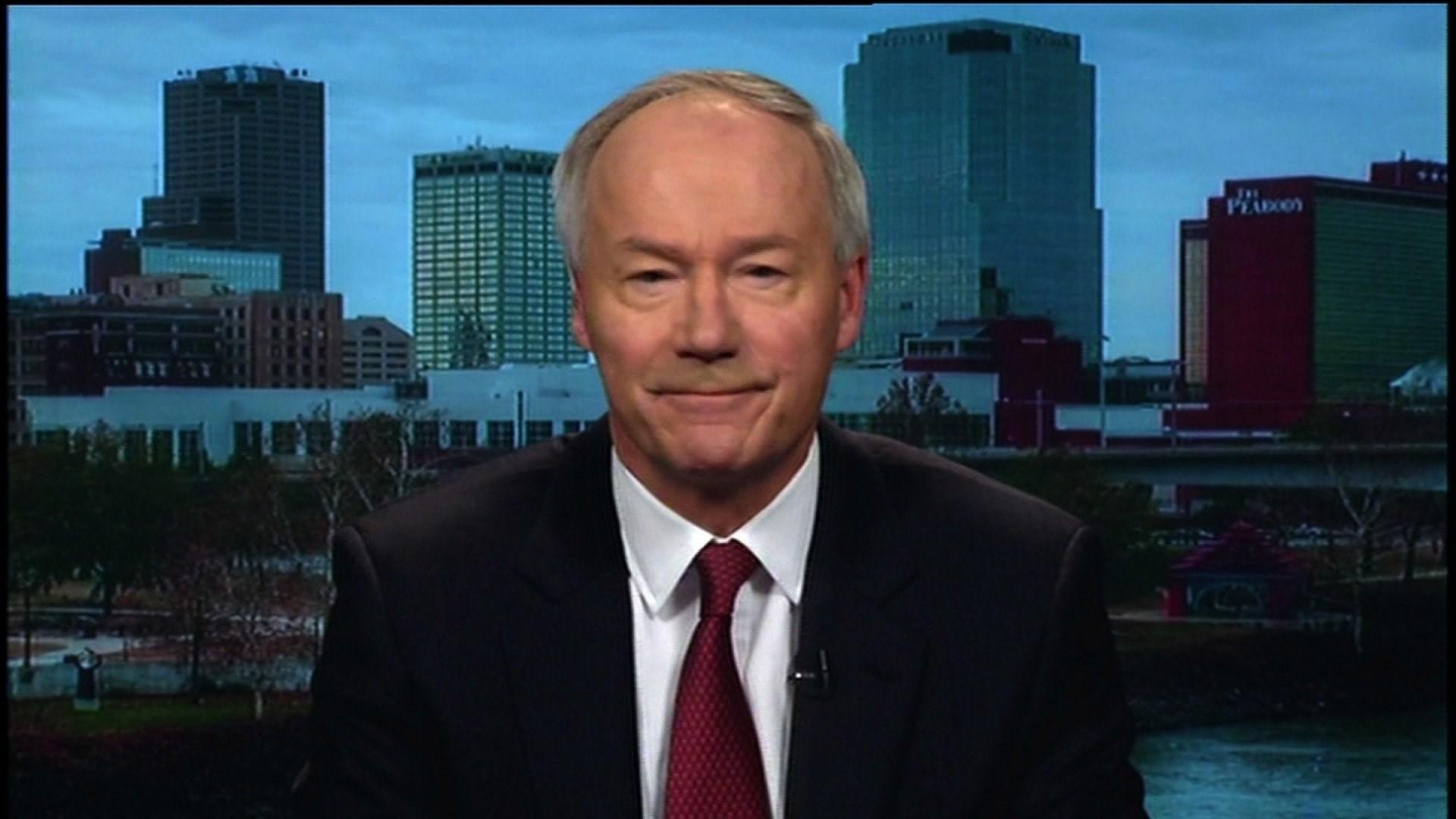 WASHINGTON (CNN) -- Arkansas Gov. Asa Hutchinson said Wednesday that he does not plan to sign the version of the religious freedom bill that currently sits on his desk and called on the state legislature to make changes before sending it back to him.

Hutchinson, who called the issue \"divisive\" and cited his own son as an example of someone urging him to veto the bill, made the announcement during a Little Rock press conference Wednesday morning.

The Arkansas House on Tuesday approved a religious freedom measure that mirrors the one Indiana Gov. Mike Pence signed into law in Indiana -- sparking outrage from businesses, sports organizations and popular culture figures who said it opened the door to discrimination against gays and lesbians.

Hutchinson, a Republican in his first year in office, said Monday that he'd sign the measure -- but that was when lawmakers were still trying to find tweaks that ultimately eluded them.

\"If this bill reaches my desk in similar form as to what has been passed in 20 other states then I will sign it,\" he said then.

A Hutchinson spokesman told CNN that the governor will release a public statement announcing what he's decided to do Wednesday morning -- likely around 11:30 a.m. Eastern time. He said there will be no public signing ceremony.

The perils Hutchinson faces were made clear Tuesday morning when Pence insisted he'd \"fix\" Indiana's law to make sure it doesn't allow businesses like Christian florists or bakers to turn away gay and lesbian customers -- which the bill's conservative supporters had said was one of their chief goals.

\"Was I expecting this kind of backlash? Heavens no,\" Pence said.

Following Indiana, Arkansas becomes the second of what could be a spate of states to add religious freedom laws to their books this year. There are 14 other states considering similar proposals this year, according to the National Conference of State Legislatures.

Advocates of the measures insist they're simply mimicking what the federal government did under President Bill Clinton, and what 19 other states had already done.

But the context has changed. The Supreme Court is poised to issue a ruling that could legalize same-sex marriage across the United States -- and social conservatives have come to view religious freedom laws as the next frontier in the culture clash over gay rights.

And Indiana's fight exposed another problem: Gays and lesbians lack the shield that a state anti-discrimination law that includes protections based on sexual orientation would offer -- and Pence has said he's not interested in changing that.

Making social conservatives' case harder is the intense opposition from business communities. In Arkansas, home-state giant Walmart was a leading critic of the religious freedom bill.

Those efforts have stalled, though, in North Carolina and Georgia.

A Georgia bill hit a roadblock when a House member successfully amended anti-discrimination language into it.

And in North Carolina, Republican Gov. Pat McCrory has said he won't sign the measure into law, saying Monday in a radio interview that the proposal \"makes no sense.\"

\"What is the problem they're trying to solve?\" McCrory said. \"I haven't seen it at this point in time.\"