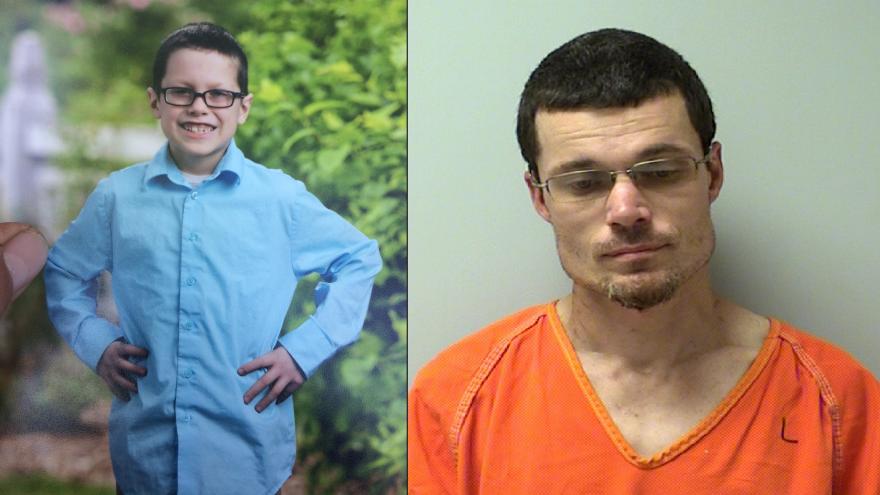 UPDATE: The AMBER alert was cancelled just after 9:30 PM Saturday night. Both Jaiden and his father have been located and the boy is safe.

An AMBER alert has been issued for a Marathon County boy, Jaiden Hunt. Jaiden is 8-years-old and described as four feet tall and 45 pounds. He has brown hair and blue eyes. Jaiden was last seen on June 10 at midnight wearing a white tank top and silver or white shorts.

Jaiden was last seen in the town of Knowlton which is where he is from.

Jaiden is believed to be with his father Jamie Hunt who is armed with a machete.

Jamie Hunt is described as a 34-year-old white man, 5'9" tall and 150 pounds. He has brown hair and eyes. Jamie Hunt has a thin beard and goatee and a star tattoo on his left shoulder.

Jamie was last seen wearing a bright blue t-shirt with an image of a game controller and the words "play me."

Authorities believe Jamie Hunt is under the influence of methamphetamine.

Jamie is driving a 2004 purple Chrysler Town and Country with a Wisconsin license plate 139-YNU. The minivan has a Star Wars Storm Trooper stickers in the driver's side rear window and white paint transfer on the driver's side from the front bumper to rear door.

If you see the car or Jamie or Jaiden Hunt you are asked to call the Marathon County Sheriff's Office at 715-261-1200.