Alarm System Helps Family get to Safety During Glendale Fire 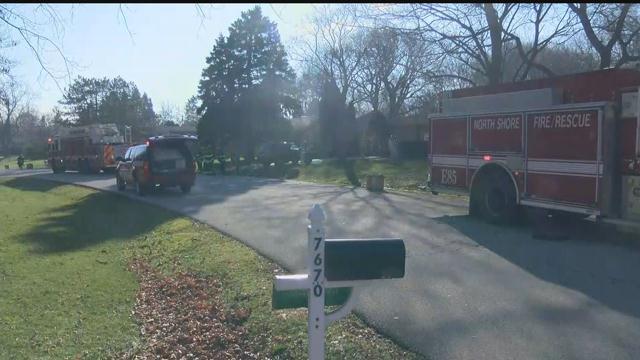 A home alarm system is credited for helping firefighters quickly get to the scene of a house fire in Glendale. North shore fire fighters got the call from the alarm company at 12:18 Sunday afternoon.

When firefighters arrived there was heavy smoke coming from the home on Berwyn Avenue.

After conferring briefly with the homeowner and ensuring everyone had safely evacuated the structure, crews began an aggressive offensive attack on the fire. While advancing on the fire, it was noted that the fire had extended above the ceiling level and into the attic. A truck company was quickly able to access the roof and gain access to the attic, quickly bringing the fire under control.

There were four people inside including a baby and someone one in a wheelchair, but all were able to get out safely.

The homeowner tells us they were cooking after church when a fire started in a skillet, “it was a grease fire. And I came out of the room it exploded and I just started getting rags and everything I could think of to smother it, I remember they don't put water on it,” said Eddie Ealy who lives in the home. Fire officials say the fire quickly spread to the adjacent cabinets and ultimately into the attic.

“The beauty of the alarm system gave us a really quick call before they could even call 911 really helped us put the fire out really quickly,” said Chief Jim Meyer.

Fire crews estimate the fire caused about $20,000 in damage.