Astronomical autumn doesn't start until September 22, but meteorological fall started September 1. The main reason we use different seasons as meteorologists is because it helps for record keeping. Meteorological summer ended on August 31 and it was warm and wet.

During the months of June, July and August Milwaukee picked up 15.83" of rain which is well above the summer average of 11.54". It is the wettest summer since 2010 and goes down as the 7th wettest summer on record behind the record 19.48" that fell in 1986. 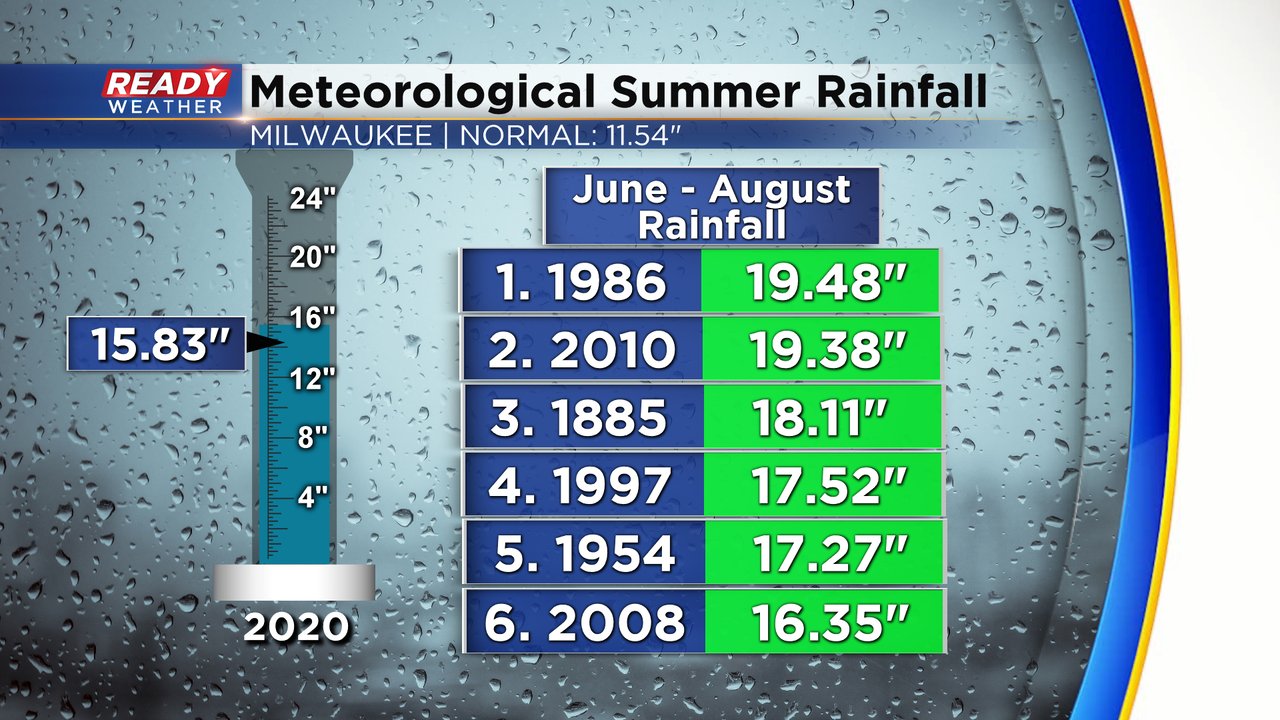 Summer in Milwaukee was always very warm and impressively so. The average temperature, which is determined by taking the high and low for each day, average them and then averaging all those averages, came out to 73.3* which is the four warmest summer on average. 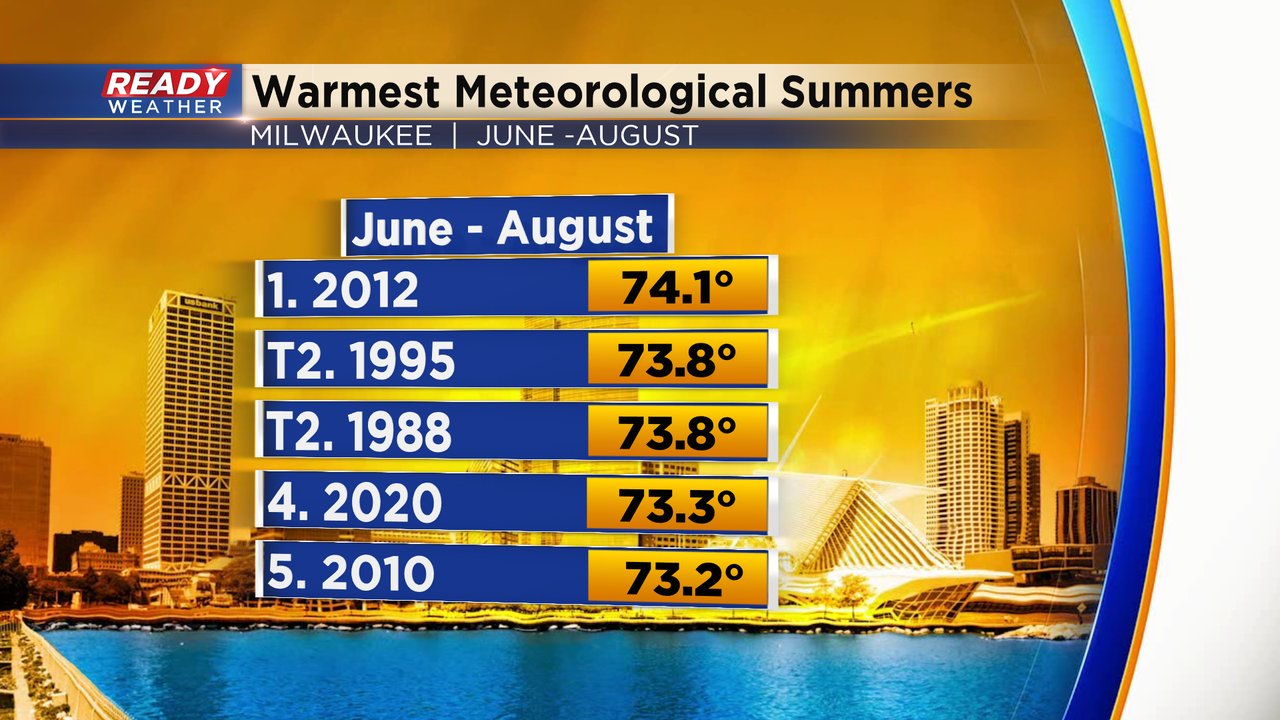 What makes this summers heat more impressive is the lack of big time heat. The hottest temp this year has been 95* on July 26 so we haven't even made it into the upper 90s this year and our chances at 90* heat are quickly going away. Look at the three years that were warmer than 2020. Each of them had a bunch of days above 90 including 1988 that had a whopping 35 days in the 90s or 100s. 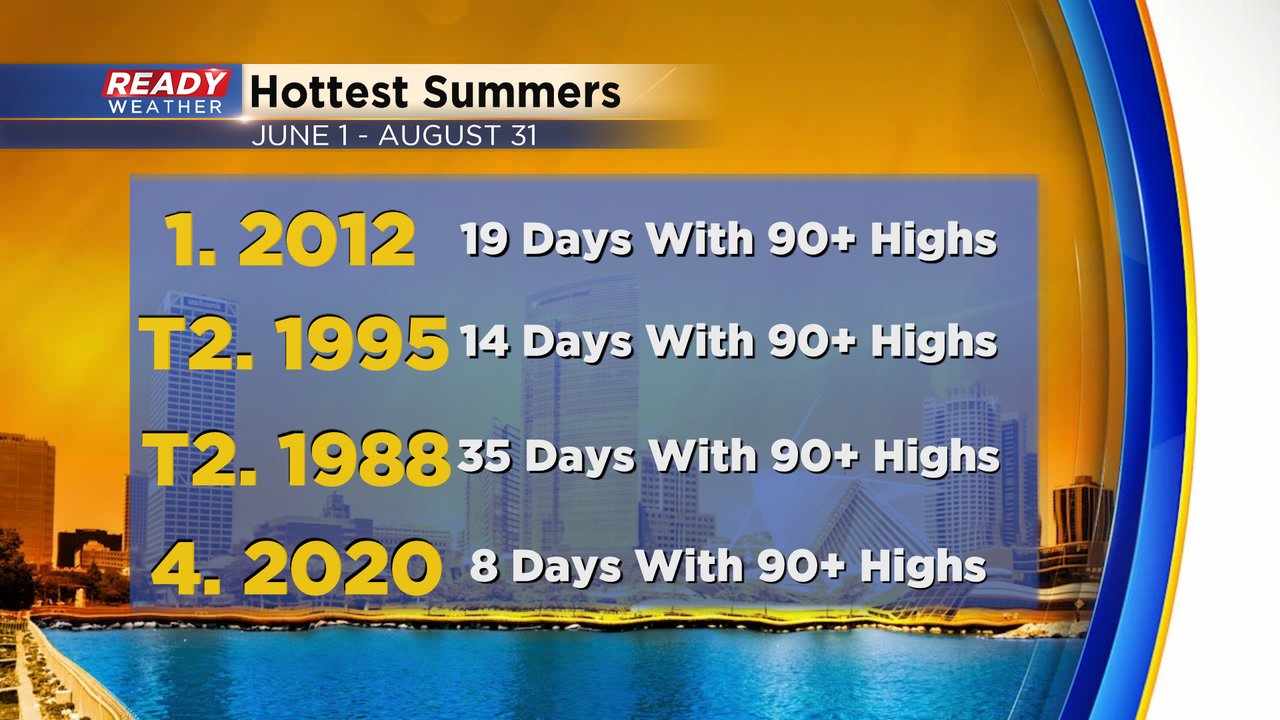 While we didn't have any big time heat in 2020 we did have a lot of consistent warmth. During the months of June, July and August Milwaukee saw 64 days at or above 80* which is the most in recorded yesterday. 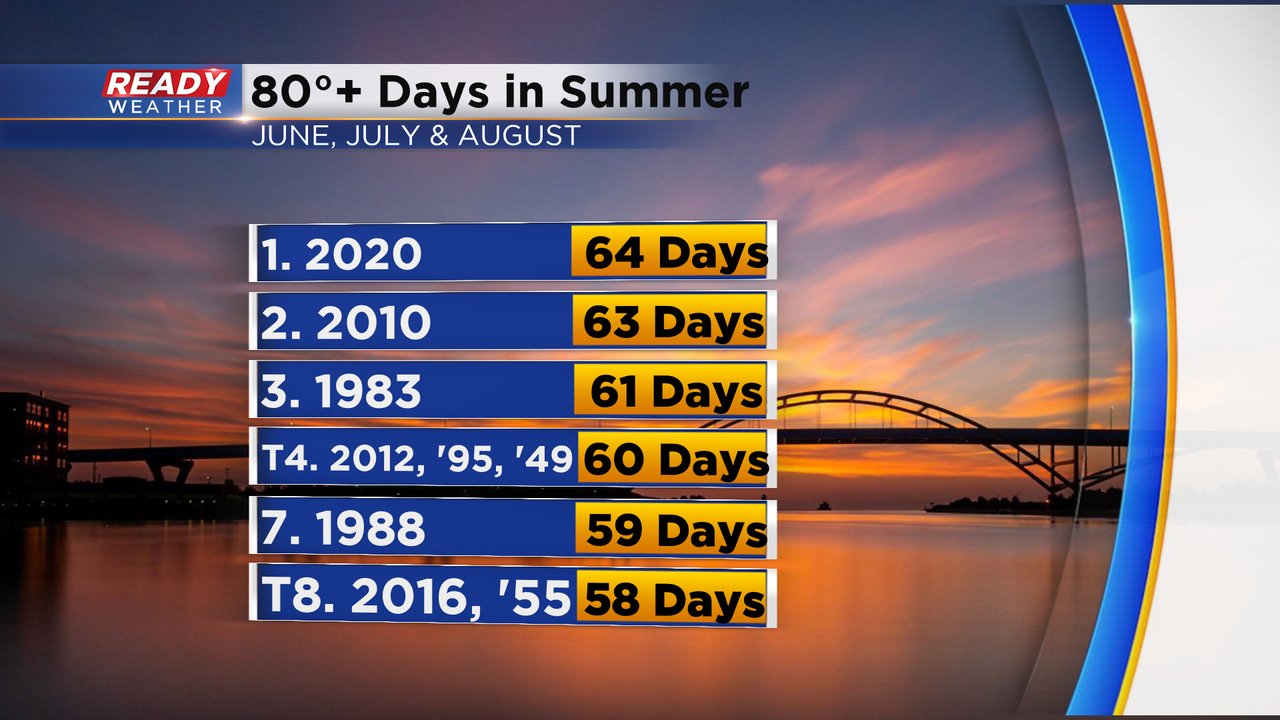 Download the CBS 58 Ready Weather app to see if there's any more summer-like heat in the forecast.