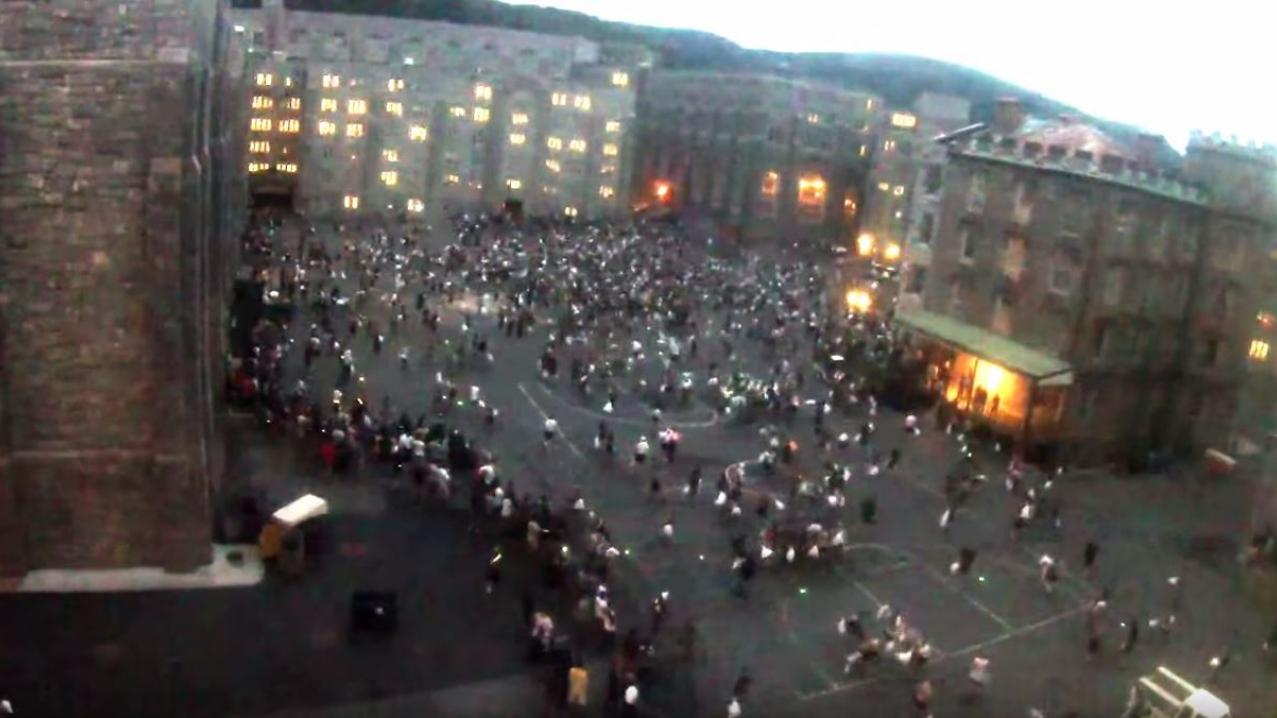 West Point Superintendent Lt. Gen. Robert L. Caslen, Jr. said 24 cadets suffered concussions during the Aug. 20 melee. Other injuries included a broken nose, a dislocated shoulder and a hairline fracture of a cadet's cheekbone. According to Caslen, none of the concussions was severe and all cadets have returned to duty.

\"While these spirit events do occur, we never condone any activity that results in intentional harm to a teammate,\" Caslen said. \"Although the vast majority of the class appears to have maintained the spirit of the event, it is apparent that a few did not.\"

The New York Times reported some cadets swung pillowcases believed to have been packed with their helmets. Although upperclassmen overseeing the fight required cadets to wear helmets, online video showed many bare heads.

First-year students, known as \"plebes,\" organize the pillow fight as a way to build camaraderie after a grueling summer of training for the rigors of West Point, spokesman Lt. Col. Christopher Kasker told the Times.

The elite academy has trained generations of Army leaders and counts Presidents Ulysses S. Grant and Dwight D. Eisenhower among its graduates.

No cadets have been punished. There are no plans to end the annual pillow showdown.