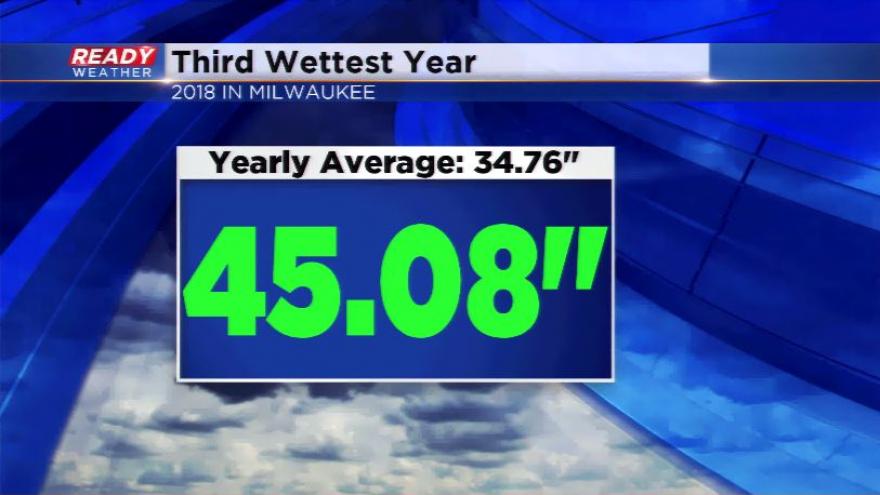 The numbers are officially in and 2018 in Milwaukee was warm and wet. After a very snowy April followed by a rainy summer and early fall the total amount of precipitation in Milwaukee reached 45.08" which is a little over ten inches above the yearly average 34.76". 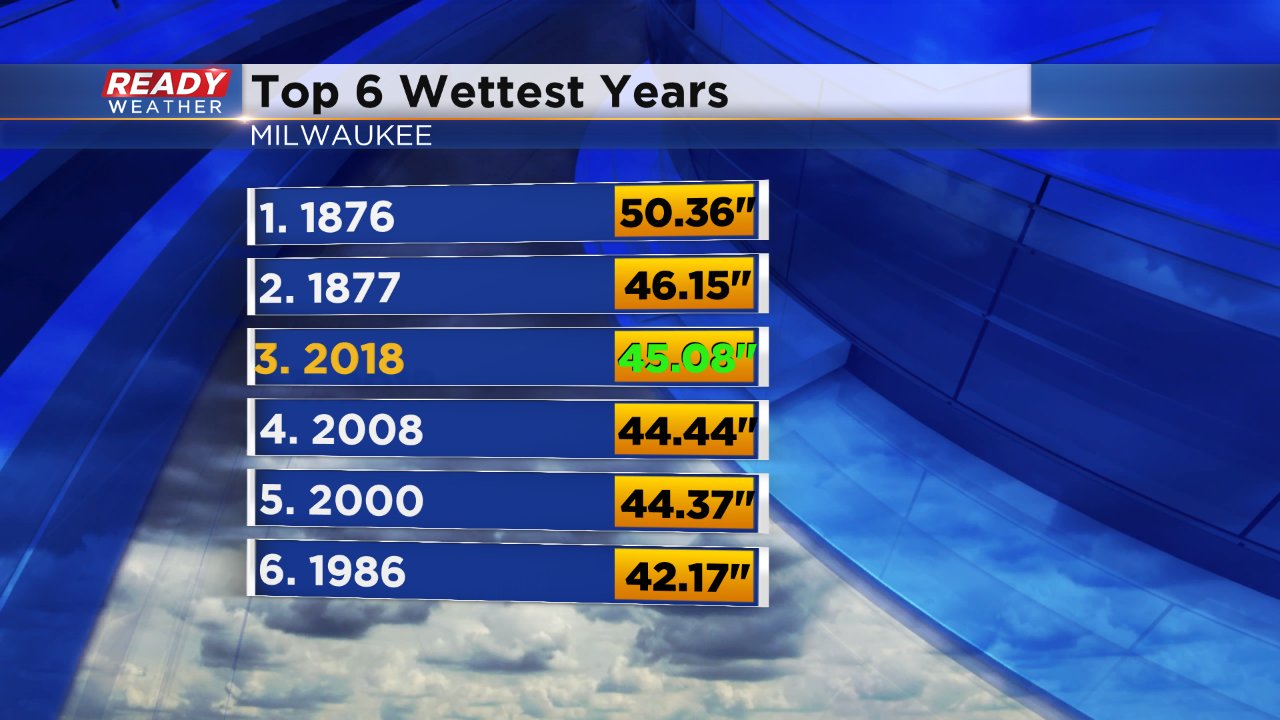 When it comes to temperatures we had a lot of mild air. The average temperature which is calculated taking the high and low for each day and averaging it and then averaging all of those averages came in at 48.8° which is the 21st warmest on record.

Snowfall wasn't a slacker either. Typically we measure snowfall amounts during the winter season which statistically speaking is July 1 through June 30 to get a real idea of how "winter" fared, but you can also take the yearly numbers. In 2018 Milwaukee picked up exactly 50" of snowfall which is just over 3" above-average. 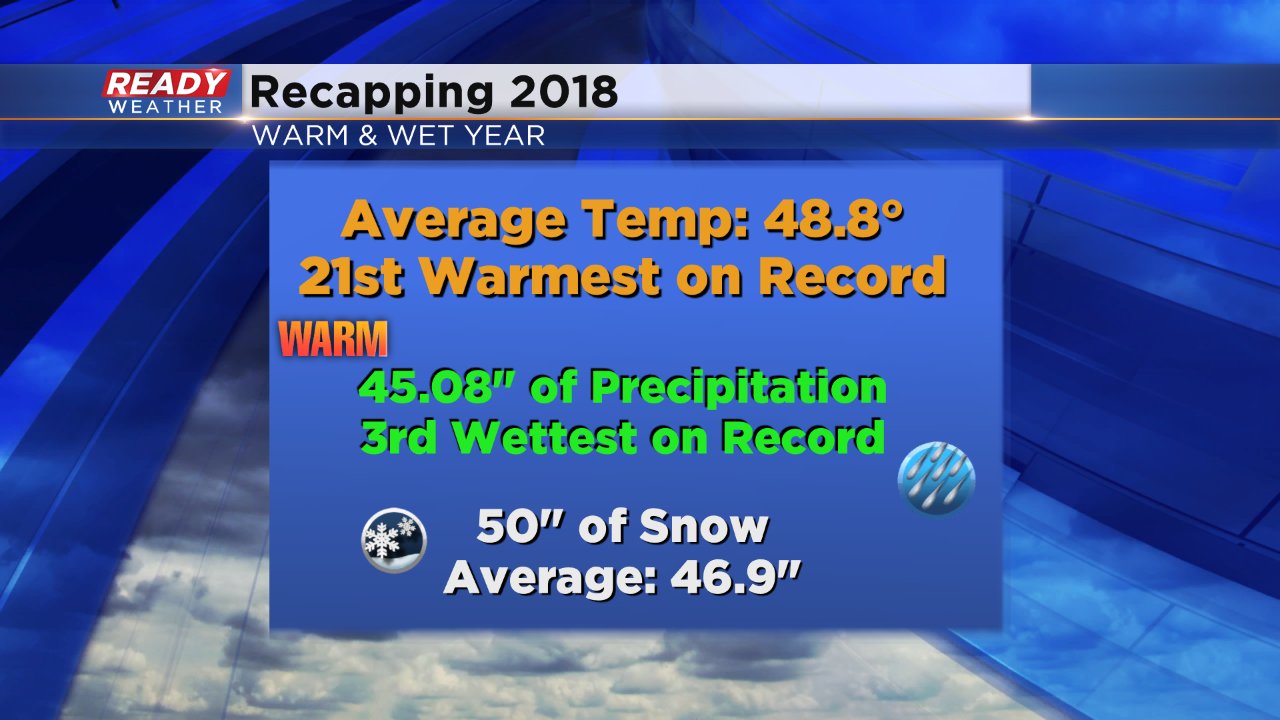 Download the CBS 58 Ready Weather App to see how the forecast will fair all year long in 2019.