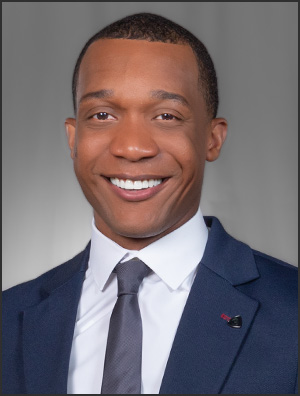 Bryant McCray is a Chicago native. He graduated from St. Norbert College, SNC, with a Bachelors of Arts in Mass Communication, Media Concentration.

Bryant started his journalism career as an intern with WJLA, an ABC affiliate, in Washington, D.C. There he discovered his passion for storytelling and investigative news.

After graduating from SNC, he began to work for the people of Green Bay, Wisconsin, as a reporter and producer for WFRV-TV, a CBS affiliate.

It was in Green Bay where Bryant found a new team to root for, the Green Bay Packers! Along with rooting for the green and gold, Bryant garnished new skills as a storyteller and journalist – learning to hold community leaders accountable, shedding light in corners that often remain dark for far too long.

However, Chicago called Bryant back home for a brief stint -- telling stories to a different audience; working in luxury retail, a time period Bryant says he will never forget.

2020-2021, undoubtedly brought big moments to our nation and our world. It was those big historical moments that brought Bryant back to news.

Now, back in Wisconsin, Bryant seeks to amplify the voices of our community, bridging the unspoken gaps, talking with officials and community members -- not just telling the stories of those that live here, but being an advocate on behalf of all.

When Bryant is not on your TV screen, he is spending time on the dance floor, dancing to his favorite Latin beats; Aventura, Prince Royce, Wisin Y Yandel.

Bryant is excited to call the Cream City home, if you would like to send Bryant a story idea, you can email him at bmccray@cbs58.com, and find him on Twitter and Facebook.