Zipper Merge on I-94 goes into effect 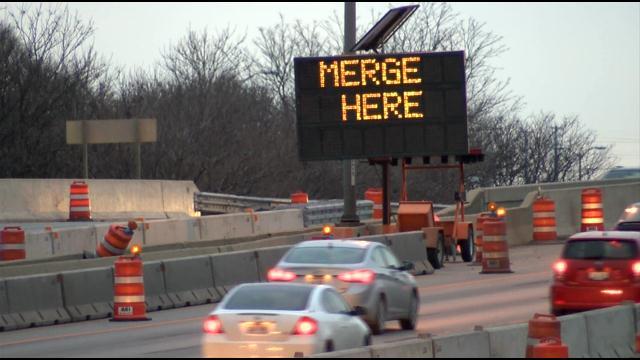 I-94 going west bound from 68th Street to 84th Street went from three lanes to two on Saturday.

\"I think its going to cause more frustration and confusion more than anything,\" said Denzil Crosby, a Milwaukee driver, when asked his thoughts on the new zipper merger on I-94.

The idea is cars are suppose to stay in their lane up until the closure then wait until a car lets them in.

\"It's how you are suppose to merge, so it shouldn't be difficult,\"said Brianna Pitterle.

She took the route Saturday and was forced to do the merge. She said it wasn't difficult and cars took their turns.

\"People who have no courtesy at all, they are going to do what they need to do to get past you. Eventually it's going to cause a wreck,\" said Crosby.

Accidents and traffic jams is what many predict will be happening soon. An alternate route is Greenfield Avenue.