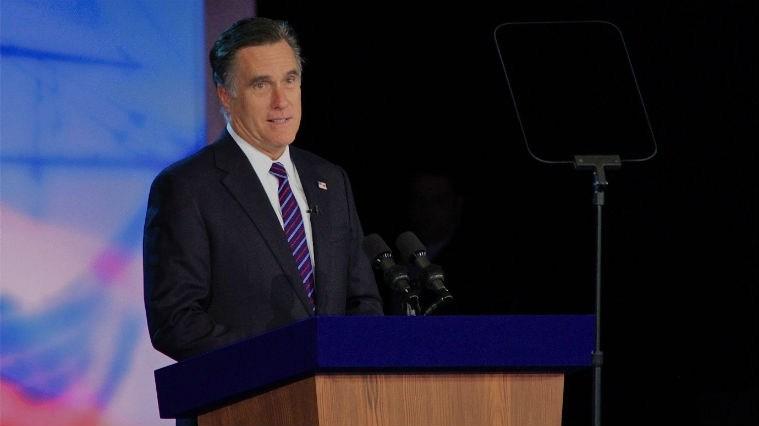 Potential 2016 contenders breathed a sigh of relief Friday and welcomed their once-potential foe Mitt Romney's decision not to chase a third run for the White House.

Romney's decision came exactly three weeks after he told a roomful of donors that he was seriously considering a run for president, a move that shook up the field of prospective GOP presidential candidates. But on Friday Romney's would-be foes showered praise on the former 2012 Republican nominee.

Former Florida Gov. Jeb Bush, who would have had to jockey with Romney for the establishment vote, praised Romney as a \"leader in our party\" and wrote in a Facebook post that he looks forward to working with Romney in the future.

\"There are few people who have worked harder to elect Republicans across the country than he has. Though I'm sure today's decision was not easy, I know that Mitt Romney will never stop advocating for renewing America's promise,\" Bush said. \"Mitt is a patriot and I join many in hoping his days of serving our nation and our party are not over.\"

Bush had spent recent days and weeks scrambling to lock up establishment donors and snagged a big win Thursday when he pulled one of Romney's top aides David Kochel to join his team.

Bush will still have to contend with a wide open field of more than a dozen Republicans who are likely to vie for the party's nomination. And they too welcomed Romney's announcement Friday.

Sen. Rand Paul of Kentucky wished Romney and his wife, Ann, \"the best\" on Twitter.

\"My family & I wish Mitt & Ann the best. We have gotten to know them over the last few years & deeply respect their family & Mitt's service,\" Paul tweeted. \"I hope to work together with Mitt to grow our party and lead our country forward.\"

Sen. Marco Rubio, who is also eying a run, praised Romney, recognizing \"what a difficult decision this must be given his love of our country.\"

\"He certainly earned the right to consider running, so I deeply respect his decision to give the next generation a chance to lead,\" Rubio said. \"Over the past two years, there hasn't been a day when I didn't think that Mitt Romney would have been a better president than Barack Obama.\"

Romney said Friday in a call to supporters that he wanted to \"give other leaders in the party the opportunity\" to become the nominee.

\"I feel that it is critical that America elect a conservative leader to become our next president. You know that I have wanted to be that president. But I do not want to make it more difficult for someone else to emerge who may have a better chance of becoming that president,\" Romney said.

Sen. Lindsey Graham said Friday on CNN he was \"a little bit surprised\" by Romney's decision to step away from the 2016 presidential race and praised the former nominee as a \"good man\" who would have made a good president.

Graham, a Republican from South Carolina, set up a political action committee this week to begin testing the waters for a presidential campaign of his own, one that would play heavily on foreign policy and the need for a strong military in a time of global turmoil.

Graham said Romney's decision doesn't \"at all\" impact his thought process on a potential bid.

\"It's just one less good person to choose from,\" Graham said. \"Whether it works for me I don't' know but I'm going to take a look at it.\"

Even Sen. Ted Cruz, who had said Republicans would lose the presidency with a Mitt Romney-style candidate in 2016, praised Romney in a post on Facebook for his record as governor and in business.

\"He worked tirelessly in 2008 and 2012 to try to turn our country around,\" Cruz said. \"Regardless of whether he is a candidate, Governor Romney will continue to be a respected leader having a positive impact on our national discourse.\"

Cruz this weekend also pointed to Romney's 47% comments as the reason the GOP lost in 2012.

Meanwhile, Romney will sit down with New Jersey Gov. Chris Christie for dinner on Friday and Gov. Scott Walker of Wisconsin tweeted that he spoke with Romney.

\"Had a great conversation w/ @MittRomney. He's a good man. Thanked him for his interest in opening the door for fresh leadership in America,\" Walker tweeted.

\"I will take full credit for Mitt Romney dropping out of the race---looks like he won't be endorsing Trump any time soon,\" Trump tweeted, less than a week after he proclaimed in Iowa that Romney \"had his chance\" and \"he choked.\"

\"Mitt did the right thing---not because he had to-- but because he never would have been given a second chance after his first fiasco,\" Trump tweeted. \"Now that Mitt is gone, all we have to do is get Bush to drop out and Trump to run---and we will win!\"