Woman Speaks Out after Video of Her Overdose Goes Viral 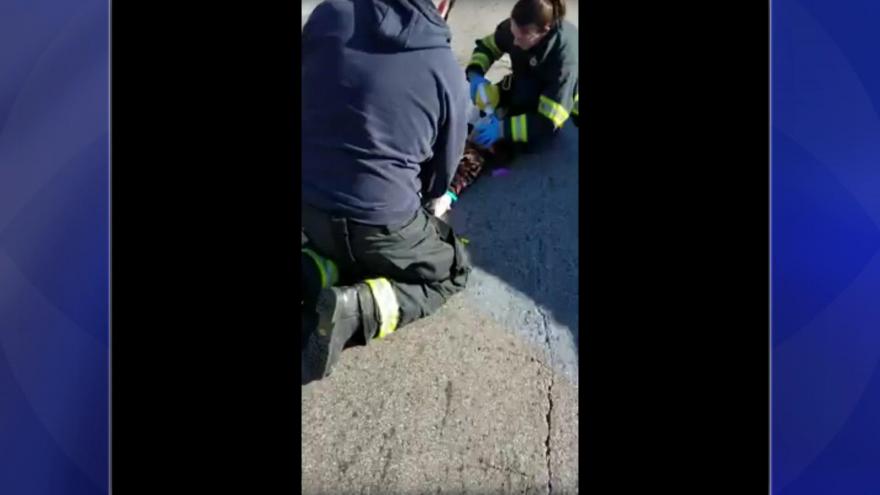 CBS 58-- A Milwaukee woman overdosed on drugs Tuesday and the entire thing was captured in a video that’s gone viral.

It's hard to watch, as a young woman appears lifeless after overdosing.

“It makes me sick,” said Katrina Henry. “That's not me. I would never do something like that.”

Except Katrina Henry did: she’s the woman in the video, unconscious in her car.

“I've never done something like that in my life,” Katrina said.

The man recording the whole thing is Jon Adams. He says he started rolling after making sure someone called 911, because he wanted to show the reality of the opioid epidemic.

“Maybe somebody might need to see this [video],” Adams said.

When she crashed, Katrina hit a parked car. No one was hurt but the young woman knows it could have been so much worse.

“I can't bring myself to think about it,” Katrina said. “I do and I hate myself so much.”

It took paramedics several doses of Narcan to bring Katrina back. And while she says it's difficult to see, Katrina says it forces her to admit that she's an addict.

“I was acting like I could live two different lives and you can't, I can't,” Katrina said.

Katrina says she's tried to get clean on her own before but this time will be different.

“I actually want it this time,” Katrina said.

Monday Katrina starts outpatient treatment, until a bed opens up at an inpatient facility. It was the earliest appointment she could get.

And for other people struggling with addiction that see the now viral video, Katrina has a message.

“Admit it and go get help,” Katrina said. “ You don't have to be ashamed of yourself.”