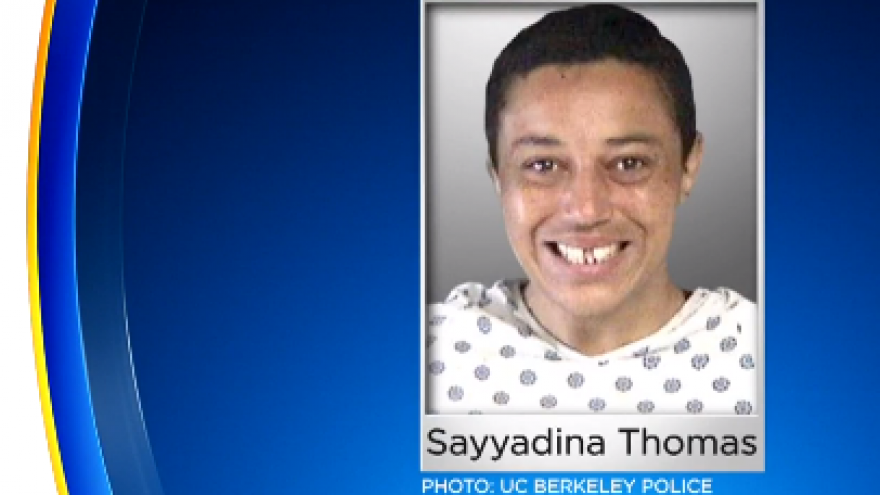 BERKELEY (CBS SF) — Police have arrested a woman who allegedly fed methamphetamine to a toddler playing in a Berkeley park.

According to University of California Police Department officials, at 3:31 p.m. Monday a two-year-old boy was with his nanny at the play structure in People’s Park at 2556 Haste St. when a woman allegedly approached the boy and put something in his mouth.

The nanny then called the police to report what happened. Officers and paramedics responded and the suspect was taken into custody for a psychiatric evaluation, police said.

According to police, while en route to the holding facility, the suspect allegedly told the paramedics that she had given the child methamphetamine.

The toddler was taken to a hospital where it was determined that the suspect did give the child methamphetamine. The child is recovering in a hospital.

The suspect, identified as 36-year-old Sayyadina Thomas, was arrested on suspicion of attempted homicide, police said.

© Copyright 2017 by CBS San Francisco and Bay City News Service. All rights reserved. This material may not be published, broadcast, rewritten or redistributed.