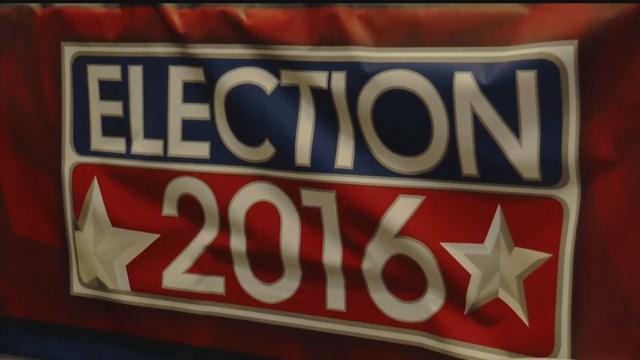 Donald Trump is not giving up on Wisconsin. We learned Friday that he'll be back in the Badger state next Tuesday, and Milwaukee will be one of his stops.

At this point, the answer is no according to Marquette University political science professor Paul Nolette.

He said, "Certainly at this point it looks like Wisconsin is frankly not a swing state, and so I wouldn't be shocked if things stay the way they are for the next few weeks, we see really both campaigns start refocusing in other states.”

However, Nolette says Wisconsin can return to swing state status if voters in the conservative “WOW” Counties (Waukesha, Ozaukee, and Washington) lead the turnaround.

At Thursday night's Mike Pence rally in Milwaukee, State Senator Alberta Darling (R-River Hills) made an appeal to voters in those counties. She said those counties helped herself, Governor Scott Walker, and Lieutenant Governor Rebecca Kleefisch beat recalls in 2011 and 2012.

Darling told the crowd, "You're the WOW counties. You're the ones who are known nationally to get out the vote, to work your butts off to make sure you get your candidates in."

That proved true in Walker’s 2012 recall. Those three counties had the highest turnout, all 70 percent or higher, and over 70 percent of the people who voted went with Walker.

Many expected Wisconsin to be a key battleground state up until Election Day, Nolette says this week’s Marquette Law School poll shows it's not.

Nolette says appeals from state officials like Darling, Kleefisch, and Walker will only go so far in motivating the key conservative base in Wisconsin’s WOW counties.

He said, "It's going to ultimately have to come from Trump himself. And he's going to have to convince the voters in the WOW counties, and really republican voters who are still skeptical of him nationwide, that he can really handle the job of presidency."