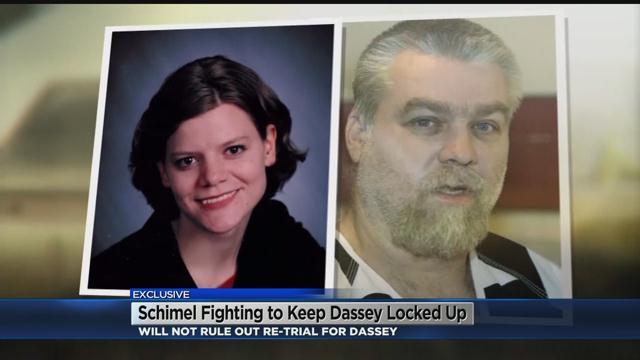 The fierce legal battle over Brendan Dassey is now at a brief standstill.

His family hoped he'd be home for Thanksgiving, but Dassey will remain in jail while his appeal is decided which could take months.

The murder of Teresa Halbach and the men convicted for it gained international attention from the Netflix series "Making a Murderer."

One of the takeaways many fans had from the show is that Dassey, the nephew of Steven Avery, got a raw deal from the criminal justice system.

Some wonder why current Attorney General Brad Schimel is fighting so hard to keep Dassey locked up.

“I have to approach this from a perspective of the family of Teresa Halbach, and they've got no opportunity to hug her on Thanksgiving, and this is, until we sort out with certainty whether that jury's verdict against Brendan Dassey will stand or not, we need to keep him where he is," said Schimel.

Schimel said the state will argue that Dassey's confession was obtained legally.

He will not rule out a re-trial for Dassey even if Dassey's confession is permanently thrown out.