Wisconsin Man Hits Garage after Suffering from Seizure while Driving 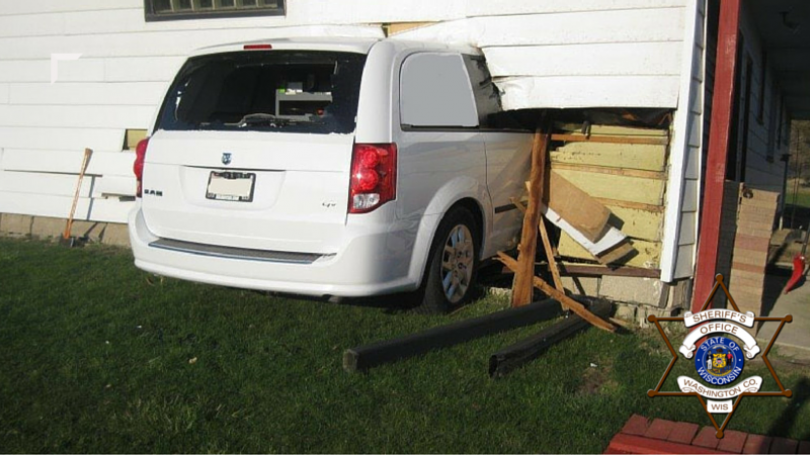 On Monday at 6:10 PM, Washington County Sheriff's Deputies responded to a 37-year-old North Fond du Lac man who was eastbound on State Highway 33 in the 4700 block when he left the roadway and entered the south ditch line. The vehicle continued to travel for about 200 yards before striking an attached garage of a home.

Witnesses estimated the driver hit the building at approximately 40 mph, and they did not see any brake lights on the vehicle prior to the collision. The property owner came outside and observed the vehicle imbedded in the garage and tried to break the rear window of the van with an axe in an effort to reach the driver.

The property owner eventually pushed through the debris in the garage and noticed the driver was completely unresponsive. Upon deputies arrival, the driver was still unresponsive and the vehicle was still in drive with the front tires spinning. The driver still had his foot on the accelerator.

The deputy was able to make verbal contact with the driver who shut the vehicle off and crawled out. The driver was transported to Froedtert St. Joseph's Hospital and his condition began to improve greatly. Medical staff advised it appeared the driver suffered a seizure which was consistent with the deputy’s observations that drugs and alcohol did not appear to be a contributing factor.

Damage was estimated at about $50,000. The driver only suffered minor injuries as a result of the collision.

Enforcement action, including a Driver Condition Report, is pending since the medical problem was pre-existing and the driver acknowledged not taking his prescription for 2 days.