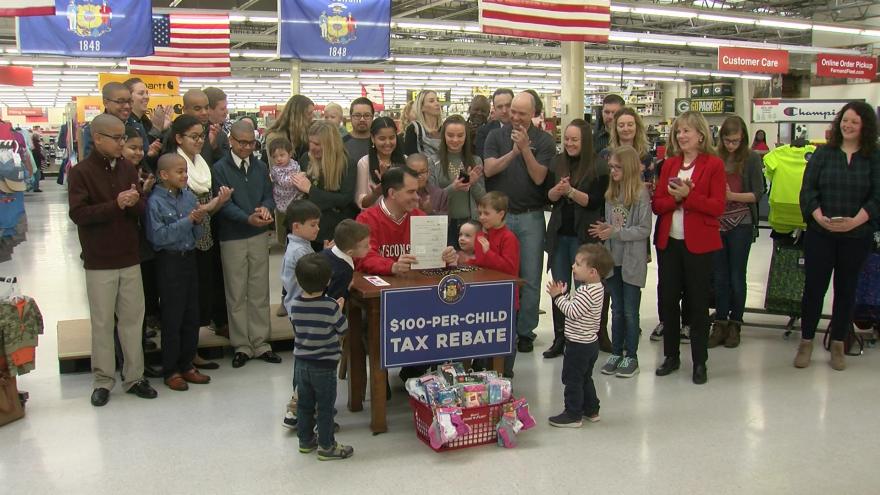 That's short of the $122 million that could have been claimed by eligible families.

The rebate approved by the Republican-controlled Legislature made $100 available to Wisconsin taxpayers with dependent children. Walker touted the tax rebate for months in the spring during the application window, which ended in July. Families received the rebates during that time.

Democrats assailed the rebate and a sales tax holiday for back-to-school purchases as election year bribes.

Walker said Thursday the child tax rebate money went to almost 558,000 families for 942,333 children. He has touted it during his re-election campaign against Democrat Tony Evers.