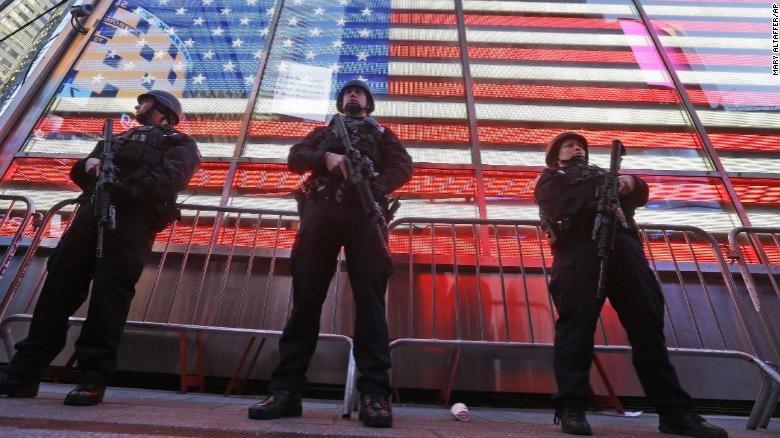 Antalya, Turkey (CNN)President Barack Obama's national security team is sending a message Sunday that might lend at least a glimmer of reassurance to Americans traumatized by the terror attacks in Paris.

Saying that while the ISIS ambition is certainly there to launch similar attacks on U.S. shores, the capability is not great.

Deputy National Security Adviser Ben Rhodes told reporters that one big difference between the situation in Europe and that in the U.S. is that "thousands" of fighters have traveled to Syria and then returned to Europe. That number being tracked in America is far smaller-- around 40, according to the Director of National Intelligence James Clapper earlier this year.

Clapper added that not all of those ISIS joiners were necessarily fighting -- some might have served other roles for the terrorist group, such as first aid -- and he knew of no terrorist plots that any of those returning have been involved in once back in the U.S.

Rhodes said that ISIS has found more utility in trying to recruit or motivate sympathizers in America online, from abroad.

A top FBI counterterrorism official told Congress this year that "hundreds, maybe thousands" of people in the U.S. follow ISIS online. And this year alone, at least 49 alleged ISIS "supporters" in America have been charged with related crimes. The largest number of those were in New York.

An ISIS-inspired plot in Garland, Texas, in May, in which two men with body armor and assault rifles opened fire outside an art contest in which participants drew pictures of the prophet Mohammed, was thwarted by a security officer who shot and killed both suspects.

The FBI had been watching one of the suspects' online activity referencing the contest, and had warned police in Garland hours before the attack, though officials didn't know he was planning an attack, and weren't closely monitoring his physical whereabouts.

Following that attack, intelligence officials have said they are now doing more monitoring of "hundreds" of suspected ISIS supporters.

Rhodes emphasized Sunday there is currently "no specific, credible threat" of an attack being planned in the U.S., but vigilance among law enforcement is high.