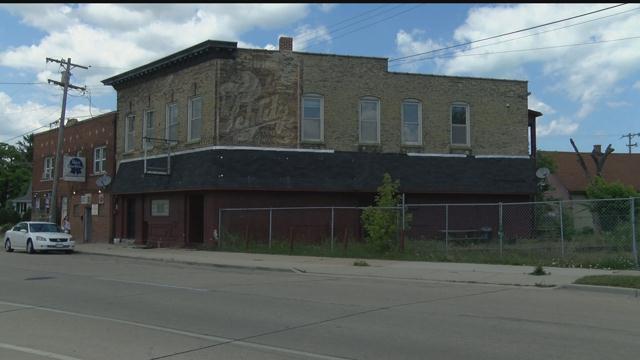 It was the only place that would take in drug addicts or convicted felons. So when a shelter announced it would no longer house anyone overnight last winter, the city of Racine struggled to find a place for the homeless.

Back in April, we told you about a  solution: a new shelter right in downtown Racine. But we found out, the project is currently at a standstill.

Earlier this year, we were told by the group Segue Racine that this building would be a shelter by the middle of the summer. When we talked to the city of Racine and they told us even if paperwork was turned in by July 1st, that wouldn't happen until at least the fall.

"These are good people and they wanted to move forward quickly," he said.

But maybe too quickly; Segue admits, they have yet to file the paperwork to get a conditional use permit  for the shelter, which would take in the small number of homeless Racinians unable to use HALO, the city's current program for the homeless.

"The long and short of it is by wintertime, we need a site," said Dickert.

The mayor tells us a key part of getting  this project off the ground is getting approval from neighbors, from alderman and most importantly schools across the street.

Something the group didn't do before going public with their plan, making leaders at Julian Thomas School uneasy.

"We've told them there has to be a heightened sense of security when it comes to people coming into the site. Additional cameras, making sure monitoring is very tight. We have to take care of those kids across the street," said Dickert.

Segue tells us they plan to meet with neighbors next week and make it right, releasing a statement to us saying,"We know that everyone involved truly seeks to find a common solution that will allow the most vulnerable among us to be safe."

Dickert says the group has his full support saying the city has looked for nearly two years for a spot.

This one, a former bar on MLK Jr. Drive, with room to sleep and care for the homeless he says is ideal.

"The only renovations we have to do is create two new bathrooms. It allows space for mental health and AODA assessments," said Dickert.

While many neighbors were concerned this facility would house sex offenders, it will not, and while Dickert recognizes some might still have concerns about living or doing business close to a facility with potential felons and addicts, he has some advice.

"Have compassion. The people coming to this facility are struggling, beyond belief. Don't think I don't want this in my backyard, but how am I going to help heal this person?" he said.

The city says, ultimately they will make the final decision, and no matter where, no matter how a shelter will happen.

Dickert says there's really no money for this project; funds to help the homes already have a place to go:HALO and funds for mental health to groups in the Continuum of Care, so assistance from the community is needed. Besides financial help, the group could also use donations of time: contractors to help with renovations, help with paperwork, etc. Dickert asks that you call the city if you'd like to get involved.

Meanwhile, Segue has a meeting with the County Executive Jonathan Delagrave and other community members on July 7th. They say they will move forward with filing paperwork for the conditional use permit after that.