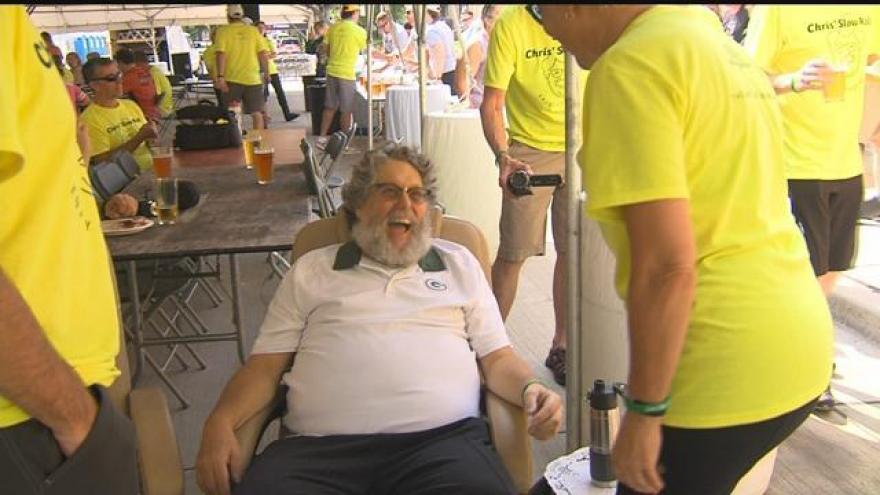 Wheel and Sprocket's Owner Chris Kegel passed away on Tuesday.

His son, Julian, announced his father's death on Facebook.

Dad,
I'm so happy your at peace. He was a leader right until his last words. He selflessly asked me if he had done enough for me. I know that a lifetime of compassion and generosity became built into the bones of his being. Chris G Kegel had genuine kindness and a sense of honesty that has traveled to everyone he has ever met. I am so grateful for all the love and support you paid forward to others. So yes, of course, I can't ask you for anything greater than the love you gave to me. You will always be with us in our hearts, our souls and our actions towards others. From here on, we ask everyone to put your best self forward. Just like he did.

In September, a charity ride to honor the West Allis Native took place .

Kegel turned Wheel and Sprocket into one of the best bicycle retailers in the U.S.

He, also, helped start the nation's one of the most significant bicycle advocacy movement “People for Bikes."

CBS 58 Viewers know Kegel well. He always was willing to speak up and take action.

Over the years we covered his charitable work on behalf of the UPAF Ride for the Arts.

But he also held helmet give aways and was the first to warn folks when a spree of bicycle thefts would pop up.