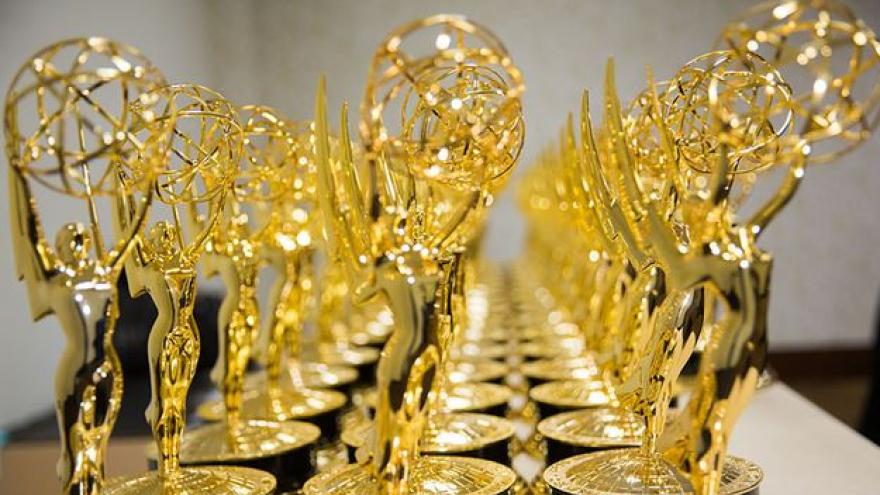 (CNN) The annual celebration of things that both matter and don't known as the Emmys is upon us.

This year, Stephen Colbert will preside over the festivities, which will take place in Los Angeles on Sunday.

In preparation for the big night, we've broken down number of heated, must-monitor races.

"24" was the last broadcast TV series to win best drama at the Emmys back in 2006. NBC's breakout hit "This Is Us" stands as a strong contender in this race.

If the big prize indeed goes to this wholesome drama, it would no doubt be a big win for the Big Three, as the siblings on the show are called, and the Big Four (networks) alike.

The spoiler here could be Hulu's "The Handmaid's Tale," a drama based on the 1985 novel by Margaret Atwood that has been praised for both its performances and timely themes.

Both "This Is Us" and "The Handmaid's Tale" picked up awards at the Creative Arts Emmys last weekend.

Five of the seven shows in this category are nominated for their first seasons, but it's hard to say whether that's a benefit or not. In the past twenty years, four shows have won the best drama Emmy for their first seasons -- "Homeland," "Mad Men," "Lost" and "The West Wing." That's not a bad club to be in for any of the competing freshman shows.

A win in this category has eluded "House of Cards" for the last four years, and signs point to no change in this pattern.

This is "Better Call Saul's" third nomination in this race.

Outstanding lead actress in a comedy

All eyes will be on Louis-Dreyfus as she competes to break the record for most Emmys won by a performer for a single role, and with five consecutive wins under her belt, the odds are in her favor.

With two previous wins (for "The New Adventures of Old Christine" and "Seinfeld") also to her name, a win this year would put the actress in a tie with Cloris Leechman for most Primetime Emmys won a performer (8).

It's worth noting, however, that Janney, too, currently has seven Emmys. Meaning if she won, she'd top Louis-Dreyfus and also tie Leechman.

The battle of the Emmy Behemoths is on.

Outstanding lead actor in a drama

The Emmys have set us up for a family feud of sorts as Sterling K. Brown and Milo Ventimiglia, who both won praise for their performances on family drama "This Is Us," compete in the same category. (They play father and son on the show, but because of the show's twisty timelines, have only shared one trippy scene together.)

Brown is the favorite to win in this category, one year after he picked up his first Emmy for "The People v. O.J. Simpson."

If he won, Brown would also become the first black actor to win the best actor in a drama category since Andre Braugher won for "Homicide: Life on the Street" in 1998.

Hale, Burrell, and Anderson are all previous winners in this highly competitive category, but eyes will be on Baldwin, whose impersonation of President Donald Trump made headlines weekly during the last season of "SNL."

Baldwin has won two Emmys previously in the lead actor in a comedy category for his work on "30 Rock."

You could essentially rename this category Battle of the Oscar winners.

Kidman (who won her Oscar in 2003), Lange (a two-time Oscar winner), Sarandon (a 1996 Oscar winner), and Witherspoon (who won an Oscar in 2006) are the four leading this pack of ultra-talented women, with a clear winner not among them. In other words, this is a great race.

The odds might be slightly less in the favor of Huffman, a 2006 Oscar nominee, and Coon. But a split vote among fans of "Feud" and "Big Little Lies" could yield a surprise.

Arguably no year in recent history has been more important than this one for those in late night TV, and the choice must have been a difficult one for voters.

Will feminist icon Samantha Bee pull out a win for herself and plant a symbolic flag for women in late night? Will a reignited Stephen Colbert earn back his space at the top? Will Oliver score a repeat win?

It's possible, too, that voters gave their support to hosts who wear their hearts on their sleeves -- like Kimmel, whose plea about health care, as told through an emotional story about his newborn son, was hailed as moving and poignant. Or Corden, who found his own way to hit on the topics that he held dear (see: his video about the travel ban) and also emerged as a kind of king of viral favorites.