W.H.: No, Castro, you can't have Guantanamo back 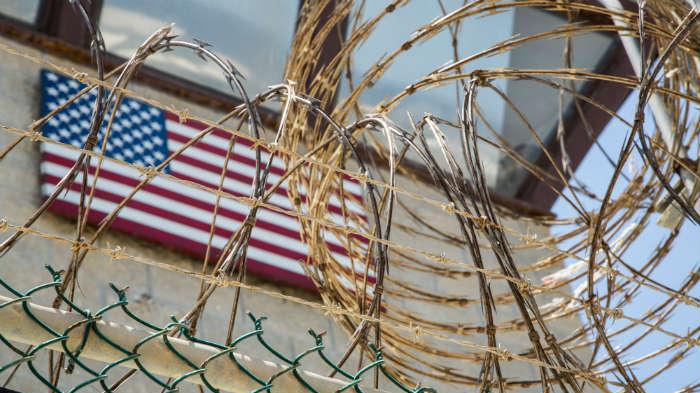 WASHINGTON (CNN) -- Just over a month after the release of American aid worker Alan Gross from a Cuban prison ushered in a new era between Washington and Havana, the relationship is facing a new chill.

Speaking at a summit of Latin American and Caribbean leaders Wednesday, Cuban President Raul Castro made some big demands of the United States.

Among them, Castro asked for the return of the Guantanamo Naval Base to Cuba, an end to the five decades-old trade embargo, a ceasing of U.S.-run television and radio broadcasts on the island, and compensation for economic damages.

\"The economic, commercial and financial blockade that provokes enormous human and economic damage is a violation of international law that ought to be overturned,\" Castro said.

When asked whether the U.S. would actually return the Guantanamo base to Cuba, Press Secretary Josh Earnest responded with an abrupt \"No.\"

\"The naval base is not something that we believe should be closed,\" he said, adding that the U.S. would keep the base even after the prison has been emptied.

The comments were somewhat of a reality check for an administration attempting to navigate a relationship weighed down by decades of mistrust. It may take more time than originally expected.

\"What (Castro's) comments highlight is that there is a pretty clear difference between reestablishing diplomatic relations and carrying out the longer process of normalizing relations,\" Earnest said.

But as the Cuba Study Group's Tomas Bilbao notes, Castro's audience has to be taken into consideration.

\"This is a speech that Raul Castro was giving in front of the CELAC to several of his regional friends, Venezuela, Bolivia, Ecuador, people who may feel challenged by Cuba and the United States reengaging their relationship,\" Bilbao said.

He added: \"The Cuban government has long benefited from a position of confrontation with the United States, and as President Obama's policies take away a lot of those excuses, I think we'll see the Castro government come up and rehash some of these talking points to be able to continue to feed that ever-diminishing credibility of that argument.\"

So as Castro feeds the beast, don't expect the United States to give in to Cuba's demands.

\"We shouldn't be derailed by the fact that we're dealing with a difficult totalitarian government and if we allow the Cuban government to determine what steps we do or do not take, we're in essence putting our foreign policy in the hands of a totalitarian state,\" Bilbao said.