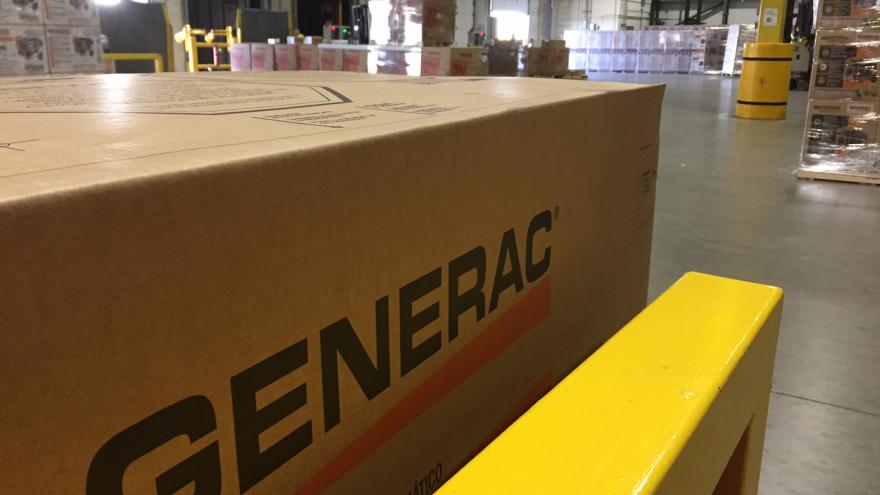 The cornfields of Southern Wisconsin sit more than 1,500 miles from the Florida Coast.

But nestled in farmland, at Generac's Whitewater distribution center, hurricane necessities are being built.

Generac produces portable generators, in high demand with power outages on the horizon.

Aiello says Generac has been shipping thousands of additional generators to Texas throughout the past week, as people begin the massive clean-up effort from hurricane Harvey.

Now, they're ramping up production even more to send generators to Florida.

"We knew earlier this week that Irma was going to be something significant," he says. "Whether it's just maintaining your life or whether it's recovering from the storm, you need power."

The company is a unique position to profit from a natural disaster, Aiello says that makes it important to give back.

Generac is sending a team of 10 to Florida this weekend, ready to fix generators for free where needed.

"We have volunteers who we asked well in advance of the storm, they raised their hand and said they're willing to participate," he says. "They drive down, they're service technicians trained to service our products as well as any other product."

Because of the increased production, Generac is hosting a hiring event from 10 a.m. until 5 p.m. on Wednesday, Sept. 13, at its Whitewater plant, 757 N. Newcomb St. in Whitewater.