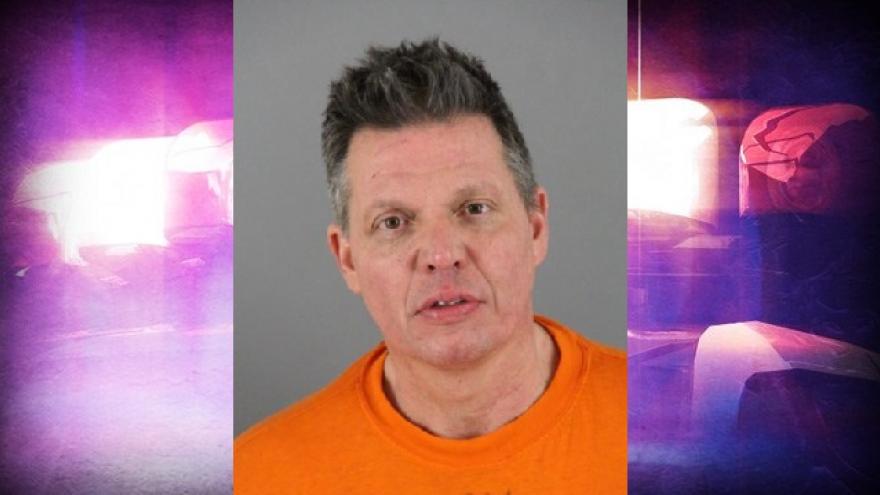 BROOKFIELD, Wis. (CBS 58) -- A West Bend man has been arrested for battery and domestic abuse along with strangulation and suffocation after stabbing his girlfriend in the butt.

Around 1 a.m. on New Year's Day in Brookfield 47-year-old Todd Schultz was taken into custody after his girlfriend had multiple wounds. The two were staying at the Embassy Suites Hotel for New Year's when the girlfriend confronted Schultz because he smelled like heroin or cocaine. The two started arguing about his supposed drug use and the girlfriend started packing up her bags when Schultz got mad and put his hands around her neck and squeezed them.

According to the criminal complaint, the boyfriend strangled her for five to eight seconds before pointing a knife at the top of her nose and threatening to kill her. The man then said "I hope that got you." The victim said she didn't know what that meant until she looked at the back of her shirt and saw a knife sticking out of her butt. The women pulled the knife out, opened the hotel room door and screamed for security.

The victim also had injuries to her wrist, neck and lower back and a small cut on her nose from the knife.

Schultz fled the scene and it took authorities over 90 minutes to find him.

Once he was taken into custody, Schultz told police that he was angry with his girlfriend but did not strangle her. He said they brought a knife to cut cheese, but that he did not use it to threaten the victim.

The girlfriend later told police that he believed Schultz threw the knife at her which is how she got stabbed.