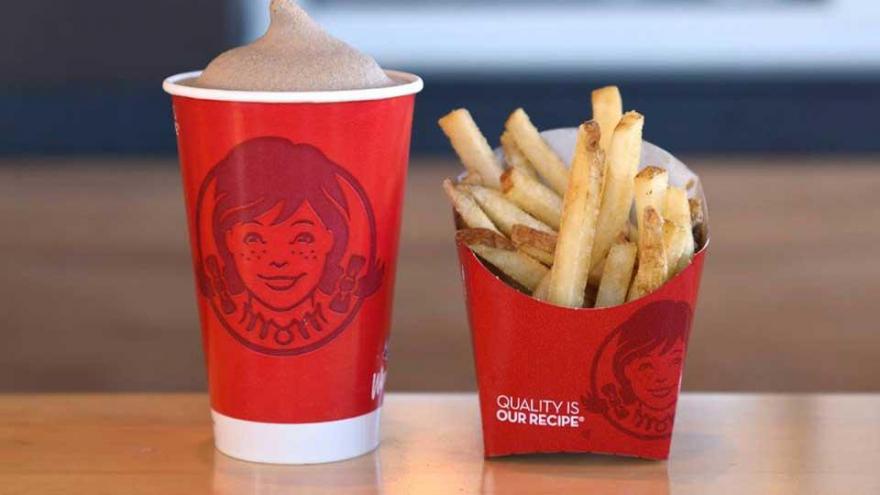 (CBS NEWS) It’s conventional wisdom never to feed an Internet troll, but Wendy’s (WEN) decision to serve up a heaping dose of humor to an online heckler is turning that rule upside down.

@Wendys your beef is frozen and we all know it. Y'all know we laugh at your slogan "fresh, never frozen" right? Like you're really a joke.

Our beef is way too cool to ever be frozen. ?? pic.twitter.com/QuXECJtlq5

The restaurant chain is now an unlikely social media star after getting into a beef with a Twitter user who used the name “Thuggy-D.” Thuggy-D took issue with a Wendy’s tweet touting the chain’s “never frozen” pledge. Wendy’s responded with a message that included a photo of a burger and drink on a tray, writing, “Our beef is way too cool ever to be frozen,” followed by a smiling emoji with sunglasses.

@Wendys y'all should give up. @McDonalds got you guys beat with the dope ass breakfast

@NHride You don't have to bring them into this just because you forgot refrigerators existed for a second there.

Thuggy-D was having none of it.

“Your beef is frozen and we all know it,” the Twitter user wrote. “Y’all know we laugh at your slogan ‘fresh, never frozen’ right? Like you’re really a joke.”

Wendy’s initially follow the tweet with a fairly generic response, telling Thuggy-D that they were “sorry to hear you think that.” But Thuggy-D wasn’t going to let it go, questioning whether Wendy’s delivers its beef “raw on a hot truck.” That’s when Wendy’s took the gloves off.

“Where do you store cold things that aren’t frozen?” Wendy’s hinted, trying to give Thuggy-D some insight into its meat storage techniques.

“Y’all should give up,” Thuggy-D responded. “McDonalds got you guys beat with the dope ass breakfast.”

Wendy’s came back with its final blow, a takedown that prompted social media fans to cheer on its scrappy response.

“You don’t have to bring them into this just because you forgot refrigerators existed for a second there,” Wendy’s wrote back.

Wendy’s fans and social media onlookers have cheered the fast-food chain for its wit and willingness to drop the usual “customer is always right” rhetoric that most corporations employ online.

“Whoever your social media expert was, they need a raise. They burned that guy so hard,” one Twitter user wrote.

The fast-food chain isn’t the first company to use a little snark over social media, although it’s easy to see why most consumer-focused companies generally shy away from humor, since the list of missteps is long and ugly. Take US Airways’ 2014 response to a customer who was angry about sitting on the tarmac for an hour. The airline’s response? A tweet including a pornographic image. The airline apologized and took down the tweet.

Wendy’s also slipped this week when it tweeted an image of Pepe the frog, which has become associated with racist and anti-Semitic rhetoric, with the red pigtails of Wendy’s mascot. The company quickly deleted the tweet, saying that its community manager wasn’t aware of the symbol’s connotation.

Still, Wendy’s doesn’t seem to be done with the humor. When one Twitter user wrote, “Is it true that Wendy’s will always be the little brother to McDonalds?,” Wendy’s had a ready reply.