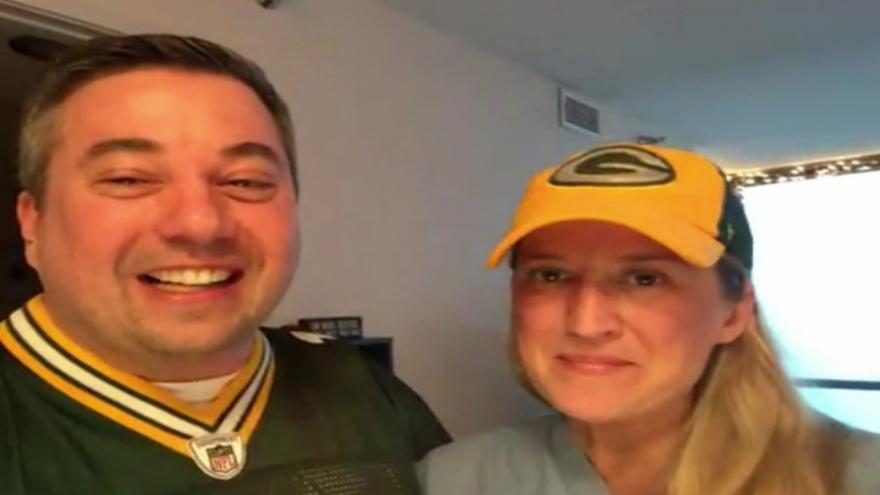 How about this for Green Bay Packer pride?

A Wauwatosa native is so loyal to his team that he's decided to take his fiancee's last name when they get married this summer.

"I've had some questions. I've had some people look at me. For one, I love her and number two, I love the Packers so for me it was a slam dunk. It was an easy choice. I can handle a little bit of grief," said Ryan Holtan-Murphy a Packers fan.

"I love the idea of us being the packers. Packer family, signing the Christmas card the Packers, all that stuff. I'm all for it," said his fiancee Marie Packer.

Ryan Holtan-Murphy and Marie Packer met in Madison. Ryan was born and raised in Wisconsin and has been a long time Packers fan. Marie jumped on board when she met her fiancee. despite her name, she grew up in Michigan and never had any team loyalty or appreciation for her name the way Packers fans would.

Things have changed. The couple will be cheering on the pack, four blocks from soldier field in Chicago this Sunday.