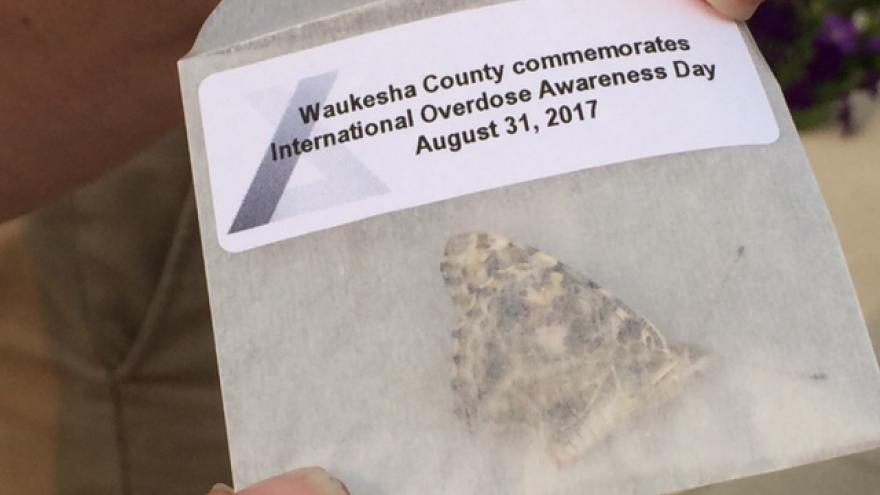 At the event, 60 butterflies were released to represent the 60 confirmed drug-related deaths in Waukesha County last year.

“The opioid crisis is very real and it affects everyone, which is why I am making fighting this crisis a priority,” said Waukesha County Executive Paul Farrow. “The biggest part of my 2018 budget is dedicated to public safety, which includes a boost to the Sheriff’s Department’s budget, and combines county funds with federal grants to stop the opioid crisis in its tracks.”

53 of Waukesha County’s 60 confirmed drug-related deaths in 2016 were opioid-related. The County is using multiple tactics to fight the opioid crisis, including leveraging newly awarded funds from a State Targeted Response (STR) to the Opioid Crisis grant to increase access to treatment, reduce unmet treatment need, and reduce opioid overdose-related deaths. The STR grant is in addition to Waukesha County’s participation in the Wisconsin Prescription Drug/Opioid Overdose-Related Deaths Prevention Project, announced in May.