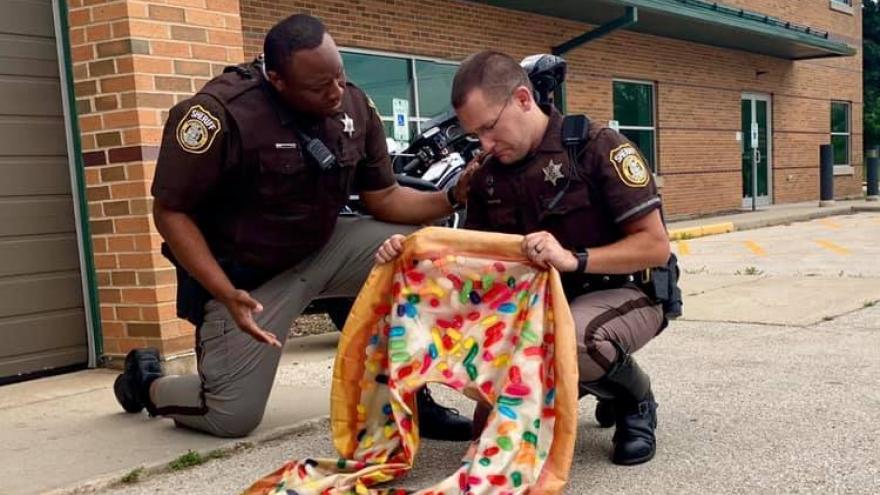 WAUKESHA COUNTY, Wis. (CBS 58) -- The Waukesha County Sheriff's Department shared a humorous post on Facebook, reminding others of the importance of securing items on the back of boats.

According to the Sheriff's Department, a donut floaty was found rolling around on I-94, creating a road hazard.

Deputies responded and deflated it...which resulted in an emotional moment which was captured in a photograph.