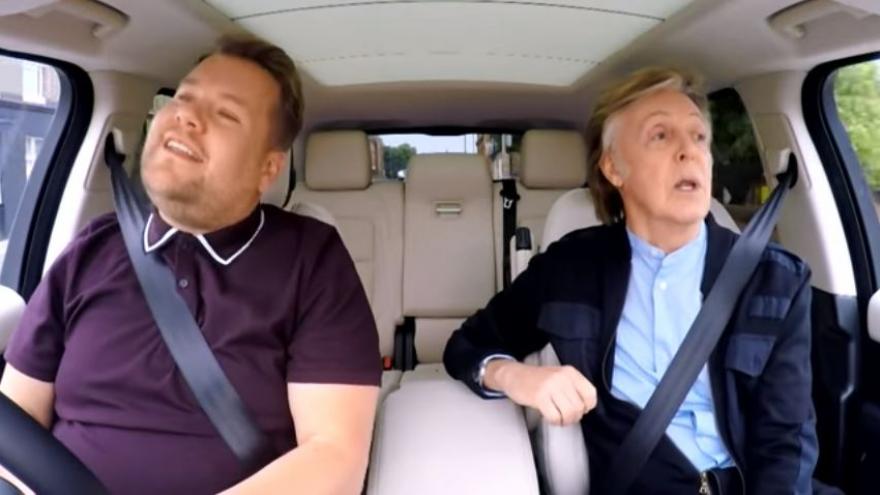 LONDON (CBS 58) -- Sir Paul McCartney joined James Corden for a special performance of Carpool Karaoke Thursday night. The segment was one of the longest ever to run on a Late Late Show lasting just under 25 minutes.

During the carpool Corden and McCartney visited Liverpool, the city of the McCartney's youth. They visited Penny Lane and the house Paul lived in when he was a teenager and wrote songs with John Lennon in.

The skit ended with a surprise performance at a pub where McCartney joined in a band performing in front of dozens.