Warmest Day of the Year Across the U.S. 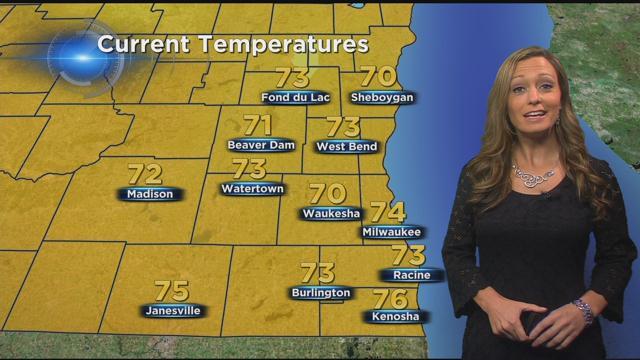 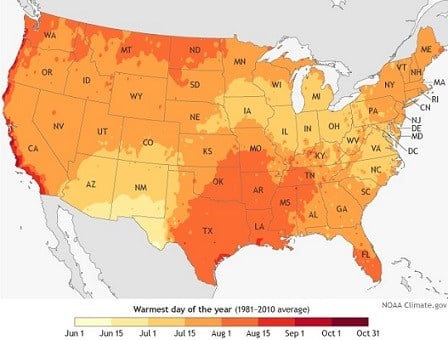 For some folks, that day has long passed, but for others it's right around the corner. Places across southern Arizona, New Mexico and far western Texas see the warmest temps on average in the beginning of June. By contrast, and not that far away from the desert southwest, places along the California coast are awaiting their warmest day of the year which occurs in September and even holding out until October. The late season warmth is also common in Hawaii, Puerto Rico, and Alaska. In southern Wisconsin, the dog days of summer are generally with us through much of July and August. But statistically, the first part of July brings the warmest day of the year when you look at temperatures and then average them out over several decades.  As a side note, our average high temperature in July holds steady at 80° and only slightly falls from 80° to 76° during the month of August.

Overall, most of the country finds the warmest day sometime between mid-July and mid-August. Much of this reason is tied to the sun. The amount of solar radiation reaching Earth peaks at the summer solstice on June 21, but temperatures tend to keep increasing into July. The continued warming occurs because the rate of heat input from the sun during the day continues to be greater than the cooling at night for several weeks past the solstice, until temperatures start to descend in late July and early August.

Even though we have only eight days left in our calendar summer, long term data suggests much of this month will be warmer than normal. This week alone will feature temperatures in the low 80s, a solid ten degrees above the normal low 70s for most spots. Enjoy!