Warmest Day in Half a Year 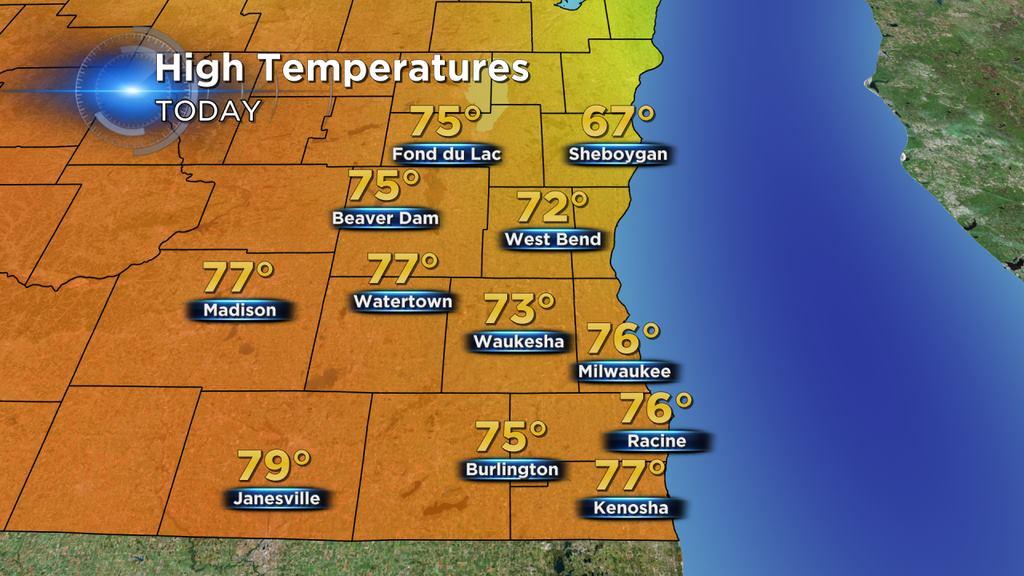 Milwaukee escaped the cool lake breeze this morning allowing temperatures to warm very, very quickly! But, things that go up must come down and today's temperatures came down hard after noon. You can almost see the winds shifting as you look at the graph and an arrival of an east wind at 1 PM.

High temperatures all across southeastern Wisconsin were warm, with some cities trying to make a run for 80°. Inland communities stayed on the warm side all day whereas lakeside cities saw rapid temperature drops as soon as winds make easterly. For reference, the record high in Milwaukee for the date is 82° hit in 1976.

Even though no records were broken, it was still the warmest day of the year. The last time Milwaukee felt temperatures in the 70s was March 16th when we hit 71°. In fact, Friday was the warmest day since October 2, 2014 when we also reached 76°. A little quick math tells us that it has been 197 days since temperatures reached 76° or higher - over half a year!

Hopefully you enjoyed today's temperatures, because that's the warmest we will get for at least the next 10 days as temperatures return to normal or slightly below normal in the lower 50s.