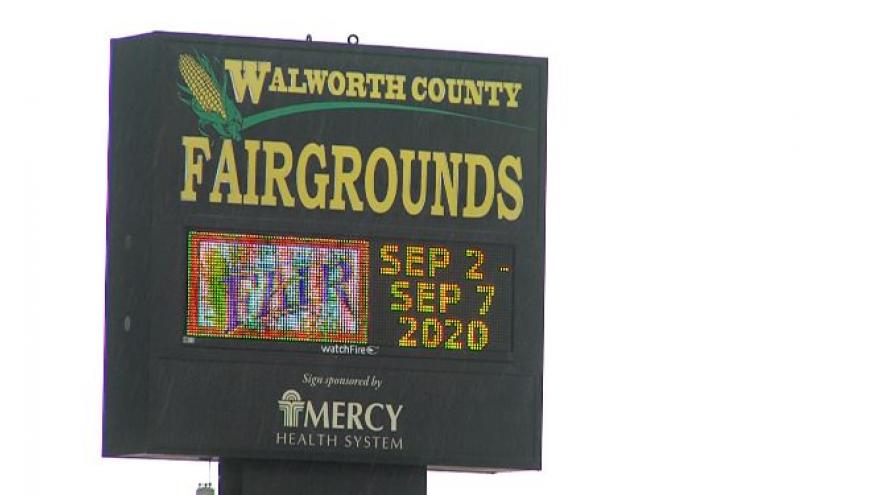 ELKHORN, Wis. (CBS 58) -- The 171st Walworth County Fair has been canceled, along with this year's Ribfest, due to "steady increases in COVID-19 cases across the upper Midwest."

According to a social media post, organizers were concerned that the events would attract visitors from areas with much higher infection rates, including parts of Iowa, Illinois, Minnesota, and other Wisconsin counties.

The post says organizers had reimagined the events and worked to make them as safe as possible, but the surge in coronavirus cases across the upper Midwest raised concerns with the Walworth County Agricultural Society board, which manages the fairgrounds.

ELKHORN, Wis. (CBS 58) -- The Walworth County Fair will go on as planned in September. But for the first time in fair history, it will be able to sell alcohol.

The 171st Walworth County Fair is scheduled for Sept. 2 through 7. The Elkhorn Common Council voted 4-2 Monday night to grant the fair a permit to sell beer and wine. The council had previously discussed the issue on June 15.

"The income for the fairgrounds is down substantially, and so the board was looking for ways to try and increase the amount of income for the year just to keep things in the black," said Larry Gaffey, general manager for the Walworth County fairgrounds.

Fairgoers will only be able to drink beer and wine by the horse track and grandstand areas.

Gaffey said the decision is in part to help make up for lost revenue after multiple events were canceled this year due to coronavirus. He said the fairgrounds did receive federal Paycheck Protection Program, or PPP, loans, but it was not enough to cover the revenue loss.

"We lost every event in April, May, almost everything in June, most of July, a lot of August, September and October," he said.

A majority of the public comment on the decision was negative.

"I have not missed a single day of the fair in 70 years," one longtime fairgoer told CBS 58. "The atmosphere is just so much better (without alcohol).

The Walworth County Agricultural Society owns the fairgrounds. The fair board sent a letter out to the society's 2,300 members asking for feedback on the decision to sell alcohol. Out of the 2,300 members, 180 members said they did not want alcohol served at the fair, according to Gaffey.

Several other county fairs in Wisconsin have been completely canceled out of concerns for the virus.

Vendors said alcohol sales could also help businesses and charities that rely on the fair.

"It might attract additional people so that we can all make a little bit of income off of sponsorship and things like that that we do as far as vendors like us," said Nancy Douglass, the general manager for The Lake 96.1 FM radio station.

Douglass is also part of the Walworth County Fair Foundation but spoke to CBS 58 on behalf of herself, not the foundation.

"The community needs this event this year more than ever, and if we can have the biggest best fair that we can have, we need to do that because of the businesses and the losses that we've suffered in regard to income," she said.

Gaffey said alcohol sales make make his job more difficult and he understands the concerns that have been raised about allowing alcohol.

"It will make it a little bit more complicated, but we do have good experience selling beer at other events at the fairgrounds throughout the year and have a good track record. So we feel like we're qualified and prepared to do it the right way," Gaffey said.

CBS 58 contacted the two Elkhorn Common Council members who voted against the decision but did not hear back.