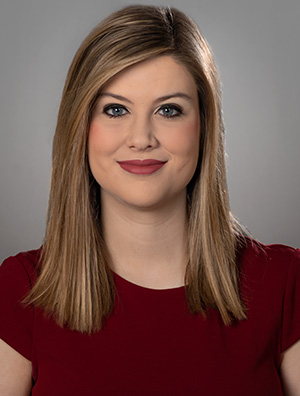 Rose loves to tell stories and highlight the issues that matter most to the community, and she couldn't be more thrilled to being doing that in the Milwaukee area. She joined the CBS 58 team in December 2019 after covering politics in Madison at News 3 Now/Channel 3000 for the last two years. She's happy to be living in the Badger State, which she's come to call home.

During her time in the capital city, Rose covered the 2018 election cycle when Wisconsin voters elected a new administration and the contentious year at the state Capitol following the transition. Some of her most emotional stories included historic flooding in southern Wisconsin, a deadly explosion in Sun Prairie and a workplace shooting in Middleton.

Rose is a proud graduate of the Missouri School of Journalism at the University of Missouri-Columbia (M-I-Z!) and briefly lived in Atlanta while she was interning for the Social Discovery team at CNN. She grew up in the Chicago suburbs, so she's happy to be within a few hours of her immediate family. When she's not working, Rose can usually be found singing at her piano or enjoying the great bars and restaurants Milwaukee has to offer.

Fun facts: She was once briefed by a U.S. Cabinet member, she's been skydiving and she had a story published on the front page of the print edition of USA Today.

Rose is always looking for stories to tell. Please feel free to send her story ideas at rschmidt@cbs58.com or via Twitter @RoseSchmidtTV!