Walker didn't distinguish himself in debate, but could still improve 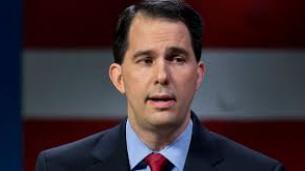 Governor Scott Walker was one of 11 candidates on the Republican side debating Wednesday.  He showed some strengths to try and revitalize his campaign, but many analysts say it wasn't enough. Marquette University assistant professor Paul Nolette thinks Walker still has a chance though.  He thinks Walker and his campaign need to focus on two things going forward.

"Win Iowa, which he has an advantage because he's from a neighboring state," Nolette said.  "Then number two, appeal to the party establishment and win that invisible primary. Right now I think his immediate goal is to hang on to the fundraisers, calm some of the jitters of his supporters to this point."

Nolette said Carly Fiorina had the best debate performance Wednesday. The next GOP debate is in late October.