Village of Hartland Votes Down Habitat for Humanity Development 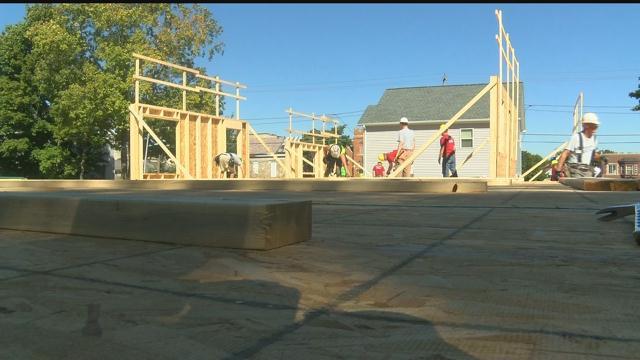 "Giving Tuesday" - the Tuesday following Thanksgiving - is something gaining momentum nationwide. It's a time when people are encouraged to donate to their favorite charities.

But it's not all good news for those groups.

In fact, Habitat for Humanity of Waukesha County got some bad news this week about a project they were working on. The board for the Village of Hartland denied their proposal to build thirteen homes in the community.

That decision was motivated by neighbors who said they did not like Habitat for Humanity's approach, Village President David Lamerand said.

"All of the residents around the area and some from not within the area signed a petition. They were against it. They came down to a meeting - a planning commission meeting - and objected very strenuously regarding the density because everything around them was on minimum half acre lots or better," Lamerand said.

Lamerand originally advocated for the development meant for families making about $60,000 a year.

"So right now if you wanted to buy a house in Hartland less than ten-years-old entry level is about $470,000," Diane McGeen, executive director of the Habitat for Humanity of Waukesha County, said.

McGeen said their plans did meet the village building code and the 'density' argument is not the true reason they were turned away.

"We saw some people exhibit a fear of the unknown. Like 'who is it that's going to be moving into our town?' And the reality is the people who would build there probably already live there," McGeen said.

It is possible the development could be approved to return to the selected spot - but with half the amount of homes.

The problem there is the lots become more expensive. Habitat for Humanity of Waukesha County would need more donations or a grant to make it viable.