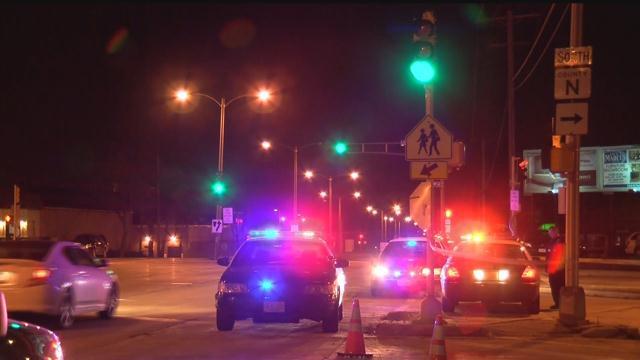 UPDATE: The victims in the March 6 homicide in the 3300 block of S. 92nd Street are identified as Jesus R. Manso-Perez, Phia Vue, and Mai K. Vue.  Milwaukee Police arrested a 39-year-old Milwaukee man for the shootings.  The case will be presented to the Milwaukee County District Attorney’s Office in the coming days.

A window was the only escape for a son trapped inside his own home by a shooter.

Carie Ferkovich is still reeling from news of three victims shot inside an apartment complex. A neighbor said the Vue's son, Alex, ran to her house for help after the 39-year-old shooter forced them into a room.

Carie Ferkovich says, "He made them all go in the back bedroom and stay in there. They took his dad in the bathroom and shot him, and then they had the mom and two of his sisters go upstairs. That's when Alex went out the window and came to my house."

Ferkovich says after calling 9-1-1 her and Alex heard another round of shots.

Ferkovich says, "They made his mom and a couple of kids go upstairs, and they said no. But he showed his gun, it was big, and said you better. So the mom and kids went upstairs, and I think that last shot, was the mom."

Police say the male shooter was from Milwaukee and is in custody waiting for charges. A rifle and a handgun were also recovered. Police say they lived in the same building as the man in custody and say the shooting wasn't random but they're investigating a clear motive.

All she knows, is a son was so desperate, he leapt from a window to try and save their lives. CBS 58's Sarah Barwacz will have the full story on the CBS 58 News at 4 and 5.

ORIGINAL: Milwaukee Police have arrested a suspect believed to be responsible in the shooting deaths of three people on the City’s Southwest Side. An adult man shot and killed three victims around 5:45 PM Sunday, March 6 at a residence in the 3300 block of South 92nd Street.

The victims are one adult woman and two adult men who were pronounced dead at the scene.

Police are expecting to address media this evening.

Stay with CBS 58 for the latest on this developing story.