UWM students weigh in on presidential candidates ahead of Clinton visit 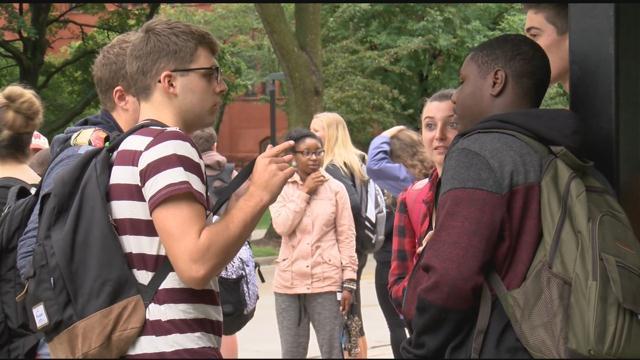 You'd might assume the political pulse on University of Wisconsin-Milwaukee's campus is weak, considering many didn't know Hilary Clinton, the Democratic frontrunner for president would be stepping foot on campus Thursday. But don't count out the votes and power of the millennials, they're listening, although unconventionally

And they are holding presidential candidates feet to the fire.

Many admitted dropping loyalty to Hilary for Bernie Sanders, referencing his plans for cheaper tuition, immigration stances, and willingness to acknowledge Black Lives Matter. In the latest polls he's cruising past Clinton in New Hampshire.

Grad student Zach Orr believes he can pinpoint some of the problem, \"Hilary has to refine her message so that what she says can resonate better with the younger demographic. I think she's spending a lot of time off message.\"

And though many are voting for the first time, they won't soon forget the recall election of Scott Walker.

\"I'm originally from Madison which is where all the protesting and all the big stuff about Scott Walker was so I'd be pretty upset if he was President.\"

Instead watching closely the man many love to hate.

Doors open at Spaight's Plaza for the event at 4:00 pm, and require an RSVP.