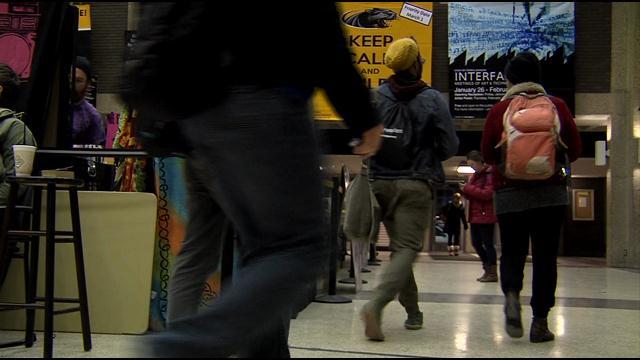 Students at University of Wisconsin- Milwaukee (UWM) expressed concerns over the state of higher education ahead of Gov. Scott Walker's budget announcement on February 3rd.

\"I really think it's important to keep our funding for our public colleges,\" said Sheffield Zollicoffer, a UWM student.

Gov. Walker is expected to slash $300 Million out of the UW system's budget over two years.

\"It's already hard enough, but cutting it-- will make it a lot worse,\" said Zollicoffer.

\"Personally, being so close to being out of school, I don't think it's going to affect the juniors and seniors as much as the incoming freshmen,\" said Thomas Marks, another UWM student.

The governor is also expected to give individual campuses more governing power.  UWM's chancellor addressed the issue before a full auditorium Wednesday afternoon.

\"We will weather the storm together and we have plans under way right now, to look at how we will address these cuts as needed,\" said Chancellor Mark Mone.

Chancellor Mone says the university formed a Budget Reduction Task Force to prepare for what's ahead, including potential cuts.

Any impact on the university won't be known until Gov. Walker's budget announcement.  Many students emphasize, the budget is sacrificing the future of Wisconsin.

Gov. Walker said on a radio show today that UW faculty should be more effective and efficient through the cuts, Chancellor Mone responded saying UWM faculty members are already working hard as it is.