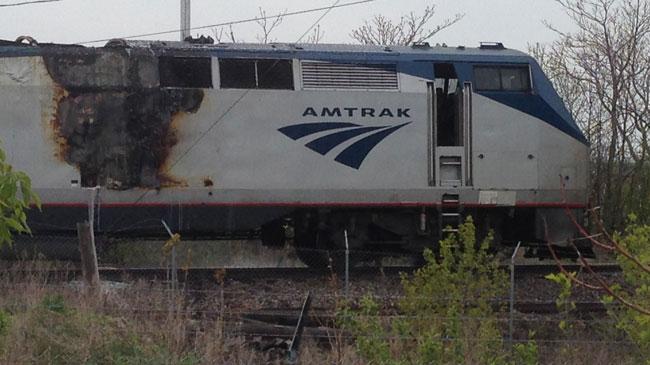 UPDATED: Amtrak media relations told CBS 58's Matt Doyle they are working to find a cause for the fire. They said the train was taken back to Chicago to the Amtrak maintenance facility. Amtrak believes the locomotive could be repaired and used again.

Amtrak commuters headed back to the trains Friday morning. An Amtrak Hiawatha train caught on fire just south of downtown Milwaukee Thursday.  51 people had to evacuate.

Frequent commuters are a little worried after seeing the Amtrak derailment in Philadelphia, followed by the fire in Milwaukee.

\"It's very concerning. Immediately when I saw it, I knew my train would be impacted,\" Amtrak daily commuter Carrie Lacroix said.  \"I got on the phone and talked to Amtrak customer relations, they were somewhat helpful and told me just to get to union station ant they would try to get us on the train as quickly as possible. We ended up being about an hour late but that's to be expected with a fire on the tracks.\"

The Amtrak train from Milwaukee to Chicago and Chicago to Milwaukee both left on-time Friday morning.  As of Friday afternoon, Amtrak officials say they are working to determine the cause of the fire. The train was taken back to the maintenance facility in Chicago.  They also say the burned locomotive could be repaired and used again.