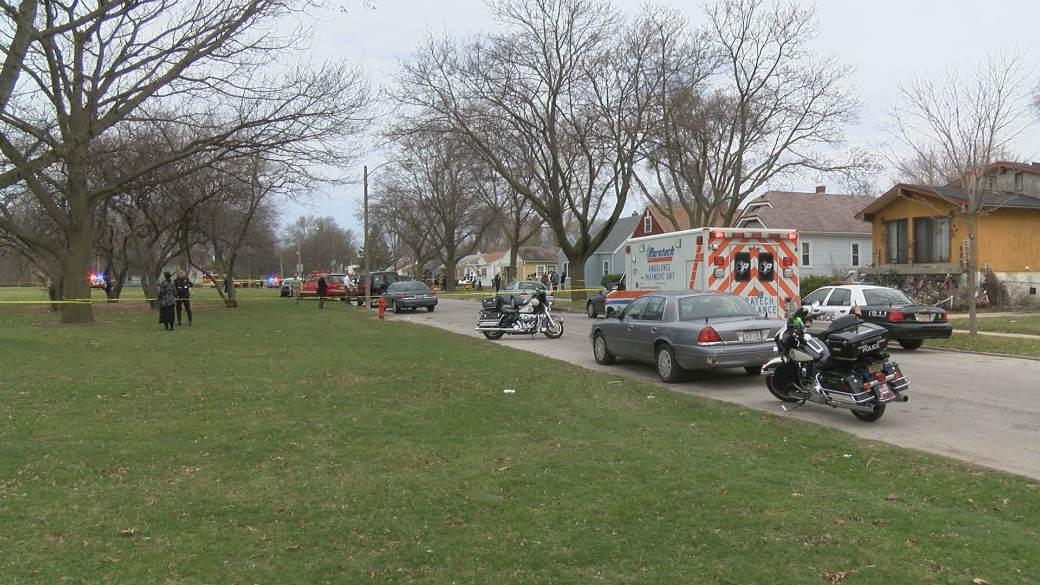 Milwaukee Mayor Tom Barrett called Sunday's double shooting after a child was struck and killed a tragedy and accident that turned into an assassination.

Police were called to 4600 N. 48th St. for a fatal accident and double shooting.

Police say a 2-year-old, now identified as Damani Terry, wandered away from a party and into the street.  He was struck and killed by a van.

The 40-year-old driver, identified as Archie Brown, Jr. stayed on scene. The Mayor says while Brown was grieving over the little boy, someone from the party stared firing a gun. Brown was killed.

Then additional shots were fired and the 15-year-old brother of the two year old who was standing nearby suffered what later proved to be mortal wounds.

The older child who died during surgery is identified as Rasheed Chiles.

Police indicate that they know who they are looking for but as of Monday afternoon, there are no arrests to report.

Attorney Michael Hupy has offered a $25,000 reward for information to find, arrest, and convict the people responsible.

Mayor Barrett said the incident paired with a homicide a short time later between two people who knew each other indicates that there is only so much police can do.

\"Three deaths!\" The Mayor lamented at a City Hall press conference. \"It started out as a tragedy, an accident. But the total loss of control. The total inability to control oneself in that setting lead to two more tragic deaths.\"

The mayor says the Milwaukee Police Department under Chief Ed Flynn has seized 628 guns so far this year.

That's a %19 increase from last year.

Most of the victims are African American.

\"Is it enough news to make our state lawmakers, our federal lawmakers, our candidates for president to pause and say what's going on here?\" Mayor Barrett asked.

\"We know that there are more guns that are flooding the streets of our cities. We know that we had seven, eight candidates rushing to the altar of the NRA to say how they're protecting freedoms. No freedoms were protected last night in Milwaukee.\"