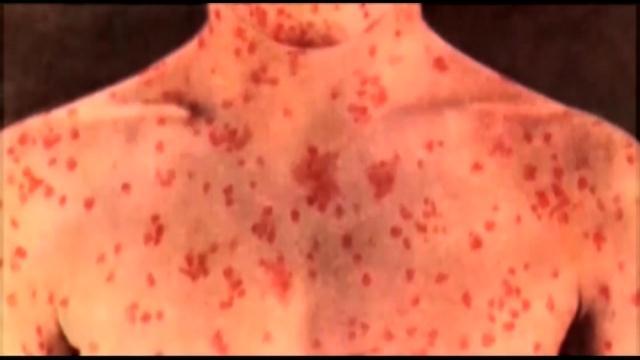 On Friday, state health officials told CBS 58 News that testing for measles has been going on for weeks, including child samples from the Milwaukee area.

The disclosure came after Thursday's reports that two suspected child cases were under investigation in Central Wisconsin.

The two patients were children, under school age from Portage County.

As a precaution the individuals are currently isolated with confirmatory testing underway at the Wisconsin State Laboratory of Hygiene in Madison.

According to the Centers for Disease Control and Prevention (CDC), measles is a viral disease. It starts with fever (as high as 105°F) and cough, runny nose, conjunctivitis (pink eye). A characteristic rash usually appears about 7 – 21 days after a person is exposed. The rash spreads from the head to the trunk to the lower extremities. People are considered to be contagious from 4 days before to 4 days after the rash appears.

Public health officials request that individuals who have symptoms stay home and contact their medical provider.

The Division of Public Health continues to work closely with local healthcare facilities including Ministry Saint Michael's Hospital to provide follow-up care for at-risk individuals who may have been exposed to the two suspected measles cases.
Share this article: