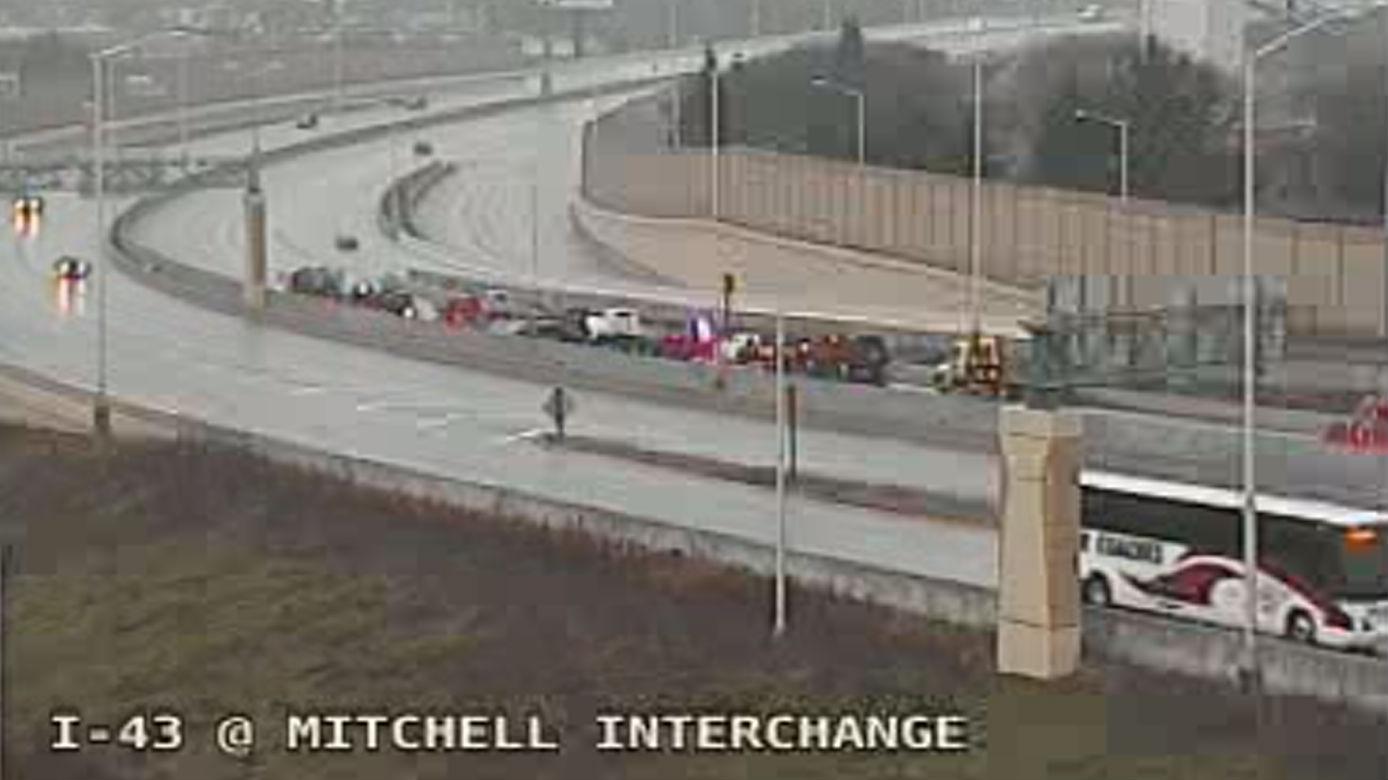 Two Milwaukee County Sheriff squads were struck while responding to a crash in the Mitchell Interchange Sunday morning.

A pickup truck hauling a 5th wheel trailer with another truck on the bed of that trailer hit a squad car with a deputy inside. That same truck then hit a second squad car, which was empty, and pushed it into the vehicle involved in the initial crash.

The deputy inside of the squad had to be extricated from his vehicle. He was taken to a local hospital with neck and back pain.