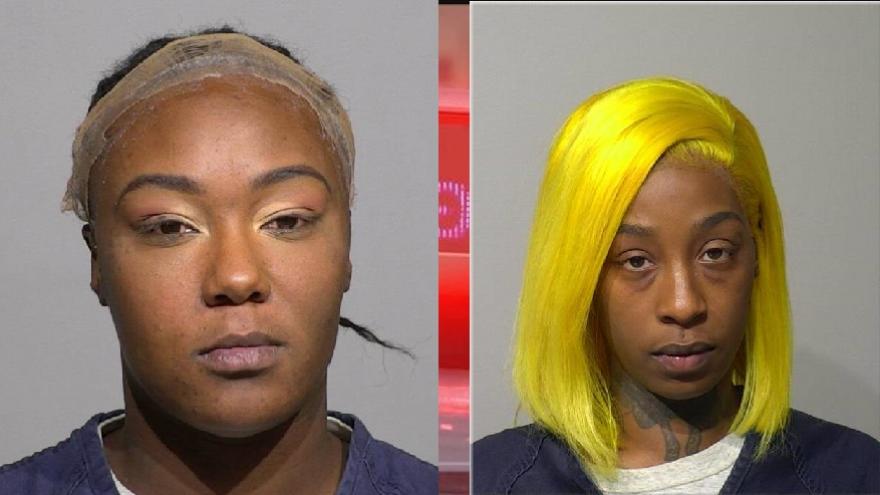 MILWAUKEE (CBS 58) -- Two women are accused of hugging an unsuspecting person in downtown Milwaukee and then stealing the person's wallet.

The victim called police a little after midnight on New Year's Eve morning. He said that the woman, identified as 31-year-old Deloise Lipsey, was driving a car near the intersection of Wells and Broadway when she yelled out that it was her birthday and she was looking to party and asked for a birthday hug. The man obliged and hugged and danced with Lipsey while his friends recorded the encounter. After she got back in the car, Lipsey asked for another hug, the man obliged again and as she left he felt his pocket and realized his wallet was gone.

One of the victim's friends started running after the car to get the license plate but was unsuccessful.

When police watched the friend's video of the "hug" they saw a hand reach out of the car window to take something from Lispey.

Just after 1 a.m. that morning police saw a car near Edison and Juneau that matched the description. After searching the car, police found credit cards, a license and other items belonging to the victim. Police also found credit cards for another victim.

In the second incident around 12:40 a.m. that morning, a man was stopped at an intersection when the suspect's car pulled up next to him and the driver started complimenting him and asked for a hug. While the two were hugging and dancing the suspect stole the wallet and then sped away.

Both Lipsey and her accomplice, 26-year-old Junise Thompkins, have been charged with two counts of theft from a person.