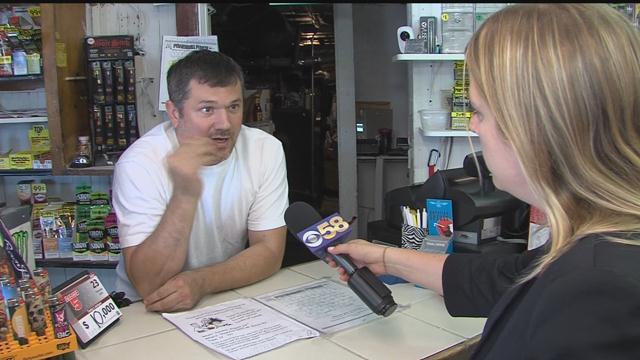 Two West Allis men are investigated for trafficking baby formula. They men say they were unfairly targeted but warrants suggest police were making sure the men weren't money laundering.

Michael Jonas and his brother Jared were listed in a search warrant-- suspected of trafficking baby formula. Investigators say they wanted to check 'One Corner Store' and see if the formula sales were part of money laundering. Micheal Jonas says they thought the undercover officer was a sales rep offering  formula at a better price.

\"He represented himself as a manager at Walmart who could get a better price on formula, my brother is the one who met with him, did a deal somewhere else, and he used the formula to sell to different stores.\"

He says they were just trying to save money, and make some by reselling the formula to other corner stores.

\"Most stolen formula would be like one can, the guy from Walmart, came with saran wrapped cases. Like you'd get from the factory.\"

Still Alderwoman Cathleen Probst says right before the bust, she fielded complaints from residents who were concerned about drug deals, and loitering.

Alderwoman Cathleen Probst says, \"There have been numerous complaints from businesses about the garbage, cigarette buts, loitering around the business.\"

With no charges filed yet. She also said the businesses license had expired and he was operating illegally, something he doesn't deny.

He says be believes he was unfairly targeted because of his clientele, and that the raid cost him 20-thousand dollars of merchandise that the ATF said he wouldn't get back.

\"i think the detectives were really disappointed when they came to the store with like 15 officers and didn't find anything they were looking for,  even the formula in question that they used to come to the store, it never even came to the store it was just dispersed.\"