Two killed at intersection of N. 27th and W. Vliet 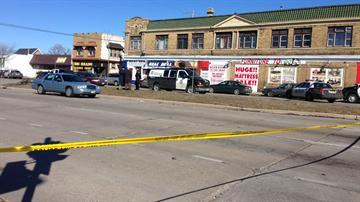 MILWAUKEE -- Milwaukee police are investigating a double homicide near 27th and Vliet. Police say two teenagers were shot and killed in an apartment building following an altercation.

Police say a 19-year-old male and a 17-year-old female were killed this afternoon following a fight in the stairwell of an apartment building. We're told the two teens teamed up with a 21-year-old man to assault a 39-year-old maintenance man.

The 39-year-old man is being treated at a local hospital for his injuries.

Police can not confirm what exactly preceeded the argument, assault and shooting.